The Spiritual Meaning of Flowers – part 1

The Spiritual Meaning of Flowers – part 1 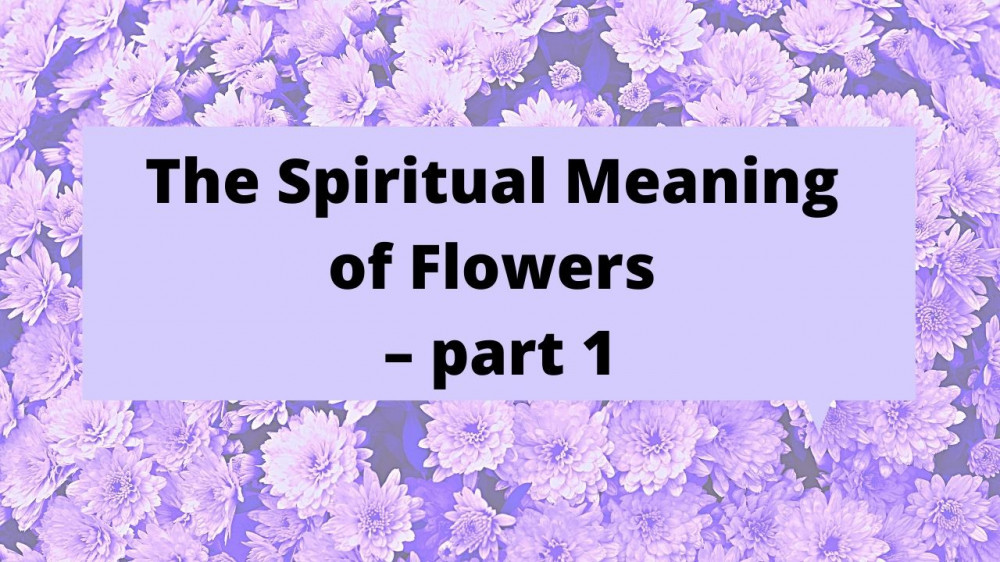 Throughout history, mankind has liked to attribute meanings to various phenomena and give meaning to their message value, and flowers have also acquired their symbolism over time, in different cultures and traditions.

Since our planet is beautiful and rich in growth, and we have a lot of diverse flowers, I will divide the topic into several contributions, and the focus is on the most generally accepted spiritual symbolism of flowers.

The sunflower looks like it is made of gold, so it is not surprising that it symbolically represents pure and sublime thoughts, as well as worship. Due to its unpretentiousness, it is able to adapt to different environments and survives in different circumstances, so it also symbolizes longevity. In relationships, however, it means loyalty.

About: Sunflowers originate in the Americas. They were first domesticated in what is now Mexico and the Southern United States. Domestic sunflower seeds have been found in Mexico, dating to 2100 BCE. Native American people grew sunflowers as a crop from Mexico to Southern Canada. In the 16th century, the first crop breeds were brought from America to Europe by explorers.

Helianthus is a genus comprising about 70 species of annual and perennial flowering plants in the daisy family Asteraceae. The common names “sunflower” and “common sunflower” typically refer to the popular annual species Helianthus annuus, whose round flower heads in combination with the ligules look like the sun. The species H. annuus typically grows during the summer and into early fall, with the peak growth season being mid-summer.

Before blooming, sunflower plants tilt during the day to face the sun in order to gain more sunlight for photosynthesis. This heliotropism continues for a short time when the plant blooms, young sunflower heads tracking of the sun. This is thought to help attract pollinators, as many are more attracted warm flowers. By the time they are mature, though, sunflowers generally stop moving to remain facing east. which lets them be warmed by the rising sun. 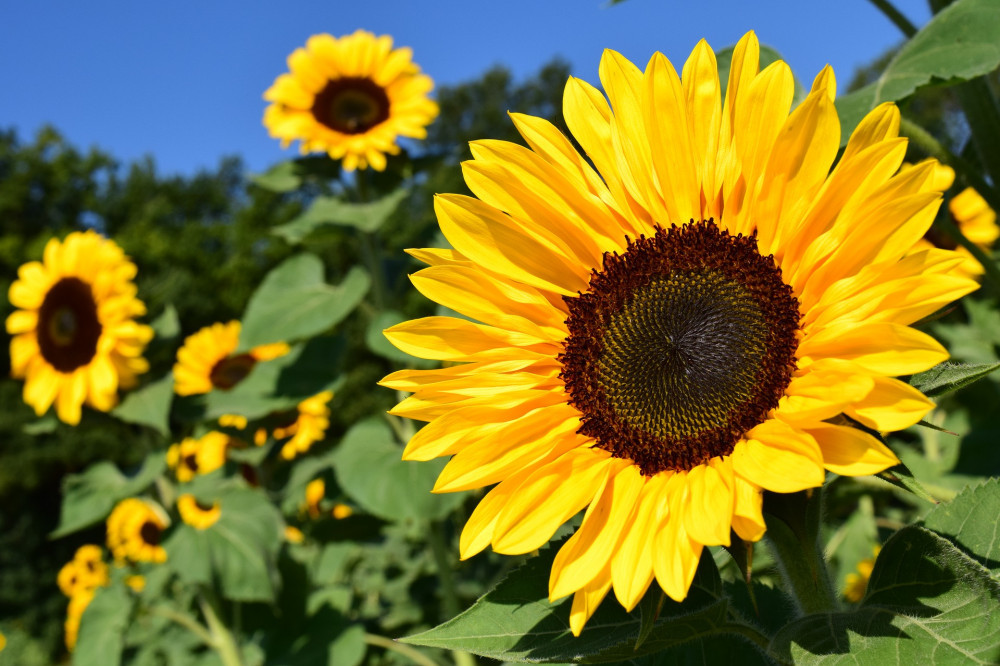 Daisies express in their simplicity innocence, purity, and joy. With their beauty, they show trust and faith, and in relationships, they symbolize faithful love.

About: The family Asteraceae consists of over 32,000 known species of flowering plants in over 1,900 genera within the order Asterales. Commonly referred to as the aster, daisy, composite, or sunflower family, Compositae were first described in 1740.

Most species of Asteraceae are annual, biennial, or perennial herbaceous plants, but there are also shrubs, vines, and trees. The family has a widespread distribution, from subpolar to tropical regions in a wide variety of habitats. Most occur in the hot desert and cold or hot semi-desert climates, and they are found on every continent but Antarctica.

Asteraceae is an economically important family, providing food staples, garden plants, and herbal medicines. Species outside of their native ranges can be considered weedy or invasive. 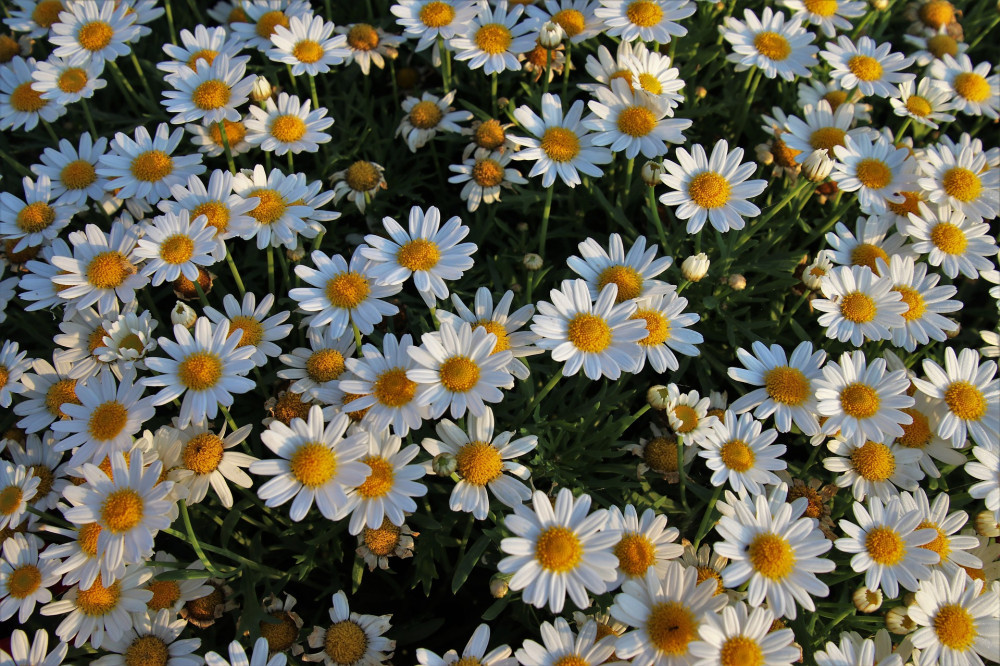 Many flowers express symbolism in terms of color, as is the case with violets. These flowers are tiny and unpretentious, and each of its color shades is gorgeous. Blue violets symbolize faithfulness; purple represents our daydreaming; and white violets modesty.

About: Viola is a genus of flowering plants in the violet family Violaceae. It is the largest genus in the family, containing between 525 and 600 species. Most species are found in the temperate Northern Hemisphere; however, some are also found in widely divergent areas such as Hawaii, Australasia, and the Andes.

Some Viola species are perennial plants, some are annual plants, and a few are small shrubs. Many species, varieties, and cultivars are grown in gardens for their ornamental flowers. In horticulture, the term pansy is normally used for those multi-colored, large-flowered cultivars which are raised annually or biennially from seed and used extensively in bedding. The terms viola and violet are normally reserved for small-flowered annuals or perennials, including the wild species. 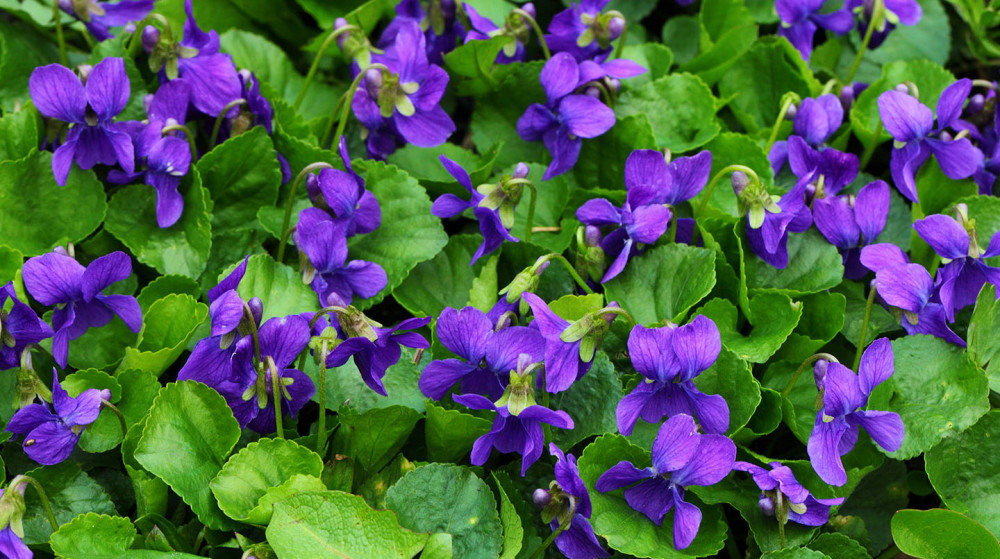 Poppy is an attractive field plant, so it has also found its place among the flowers, which expresses its symbolism. The most common is the common red poppy, which illustrates sleep, peace, and death, sacrifice, memory, which is related to the effect of using processed poppy. Interesting is the symbolism of the yellow poppy, which represents wealth and success. The white poppy flower is often used in memory of the dead, so it symbolizes consolation, dreams, peace.

Following the trench warfare in the poppy fields of Flanders, Belgium during World War I, poppies have become a symbol of remembrance of soldiers who have died during wartime.

About: A poppy is a flowering plant in the subfamily Papaveraceae. Poppies are herbaceous plants, often grown for their colorful flowers. One species of poppy, Papaver somniferum, is the source of the narcotic drug opium which contains powerful medicinal alkaloids such as morphine and has been used since ancient times as an analgesic and narcotic medicinal and recreational drug. It also produces edible seeds.

It is believed that its origins may have come from the Sumerian people, where the first use of opium was recognized. Poppies and opium made their way around the world along the silk road.

The eradication of poppy cultivation came about in the early 1900s through international conferences due to safety concerns associated with the production of opium. 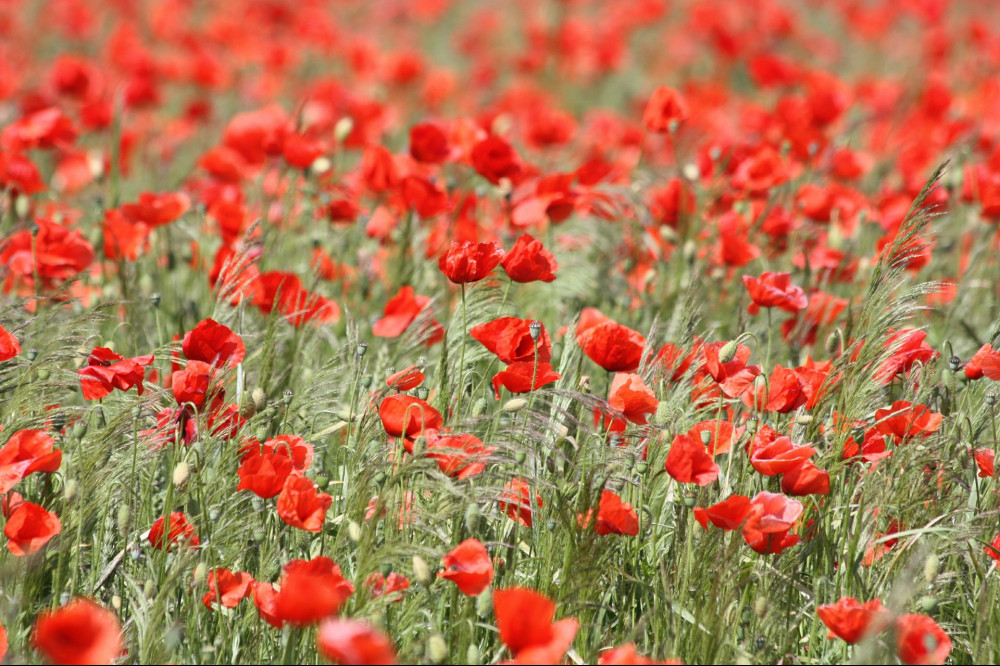 Tulips encourage spiritual focus and the search for the divine. And as with other flowers, so with tulips, each color has its own symbolic meaning. The red tulip evokes passion and communicates eternal love, purple symbolizes rebirth and new beginnings, and white forgiveness, remembrance, worthiness, sincerity. Choosing a tulip color can help you focus on meditation and relaxation.

About: Tulips (Tulipa) are a genus of spring-blooming perennial herbaceous bulbiferous geophytes. The flowers are usually large, showy, and brightly colored, generally red, pink, yellow, or white (usually in warm colors). Breeding programs have produced thousands of hybrids and cultivars in addition to the original species (known in horticulture as botanical tulips). They are popular throughout the world, both as ornamental garden plants and as cut flowers.

There are also Tulip festivals, that are held around the world, mostly in Europe, North America, and Australia. 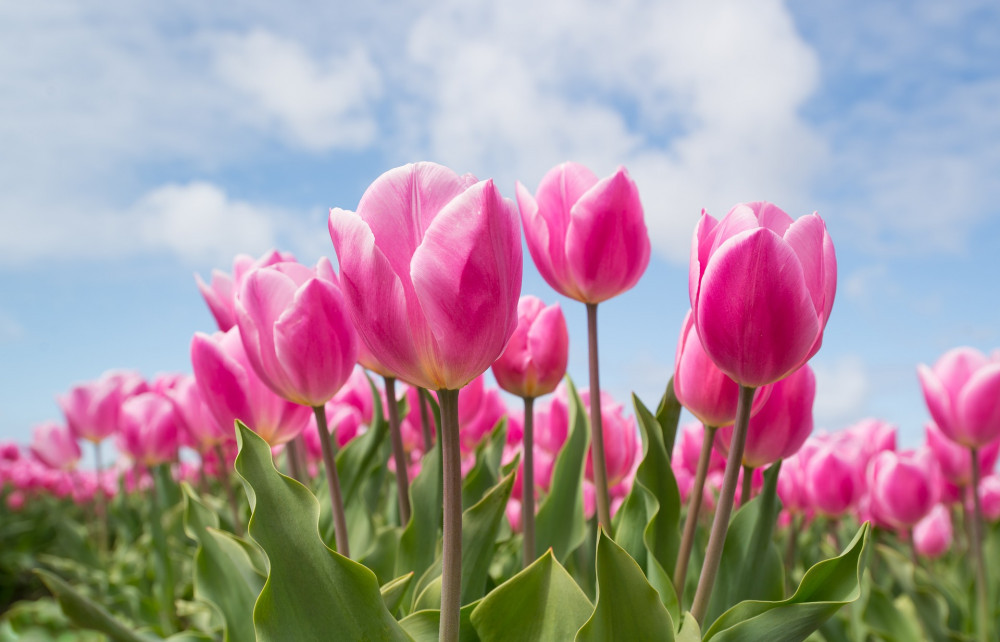 The selection of flowers is random, in future articles more descriptions and meanings of the spiritual symbolism of flowers follow.
Do you have any favorite flowers? Have you ever checked what its spiritual significance is? One of my favorites is the sunflower, so I ranked it first.

Thank you for taking the time to read this post, I will be happy for your comments and reflections on the symbolism of flowers.

General information about flowers is taken from Wikipedia.
Photos of flowers are from Pixabay.

Have a nice day,

8 comments on “The Spiritual Meaning of Flowers – part 1”