The Spiritual Meaning of Flowers – part 2

The Spiritual Meaning of Flowers – part 2 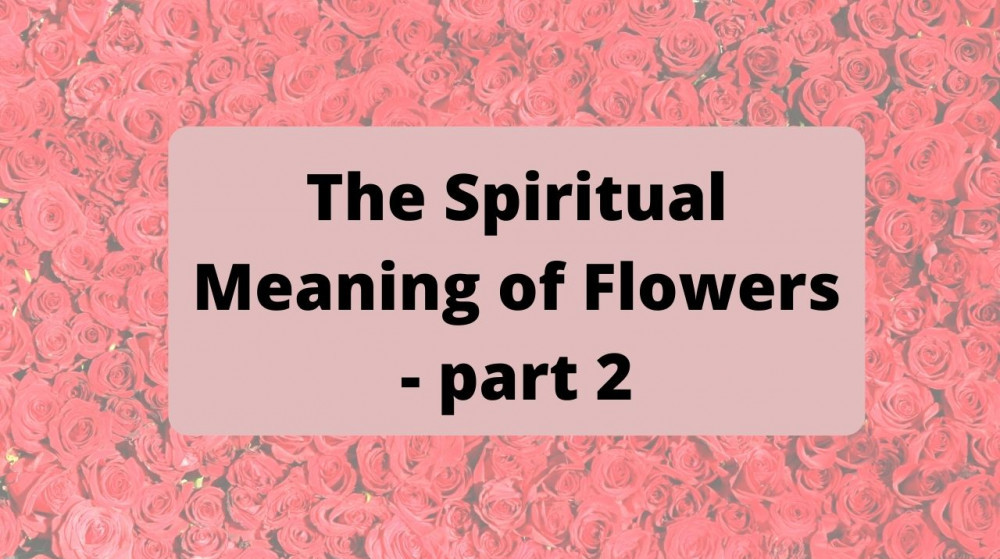 In the article The Spiritual Meaning of Flowers – part 1 you were able to read descriptions and spiritual symbolism for Sunflower, Daisy, Violet, Poppy, and Tulip. In this article, however, the following five flowers are described.

Flowers have acquired their symbolism over time, in different cultures and traditions. The focus in this article is on the most generally accepted spiritual symbolism of flowers.

Black-eyed Susan is a smaller version of sunflowers, so these are also very close to my heart, and I have them planted in different locations of my backyard to cheer us up in summer and early fall. In their symbolism, they represent justice and truth, because of their appearance – golden petals shine a light to its dark center, similar to how justice brings light and balance in life, they encourage the individual to overcome the darkness within himself. They also symbolize encouragement and motivation, as they are very adaptable, resilient, and persistent in their growth in almost any natural environment.

It is an upright annual (sometimes biennial or perennial). In the species, the flowers are up to 10 cm in diameter, with yellow ray florets circling conspicuous brown or black, dome-shaped cones of many small disc florets. However, extensive breeding has produced a range of sizes and colors, including oranges, reds, and browns. 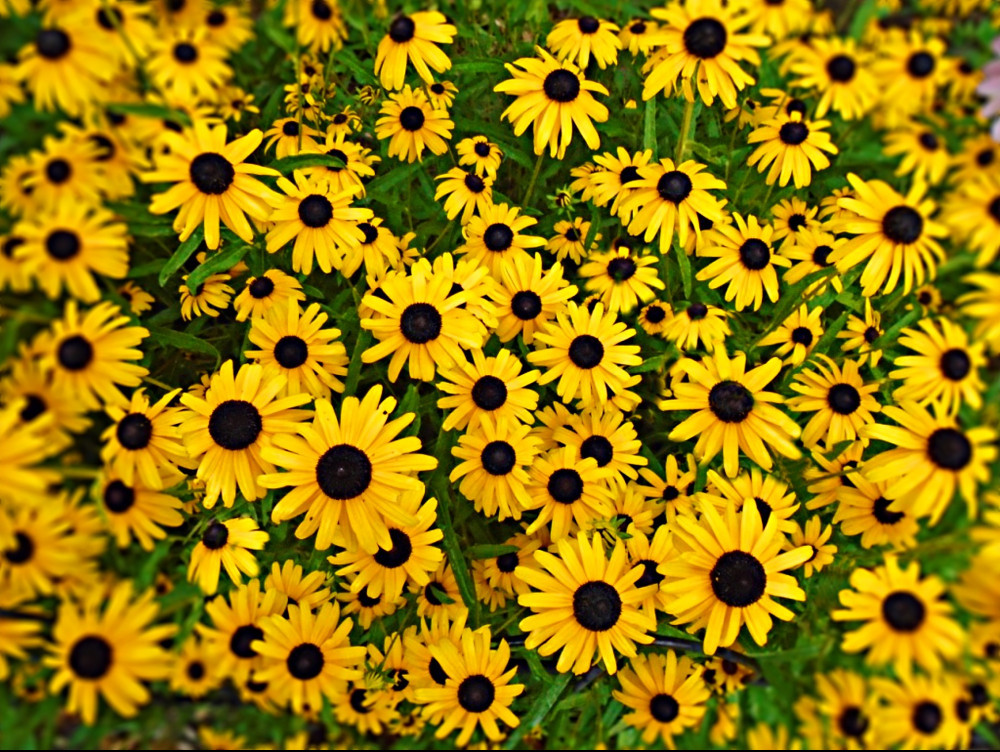 The rose has many shades of color, and various spiritual meanings are also associated with these color shades. While almost all colors reflect positive symbolism, only black rose and partly yellow are associated with dark and negative meanings and emotions such as hatred, despair, obsession, betrayal, jealousy, broken heart. Other colors represent true love, beauty, connection, joy, enthusiasm, innocence, purity, and the like and are spiritually uplifting.

About: A rose is a woody perennial flowering plant of the genus Rosa. There are over three hundred species and tens of thousands of cultivars. They form a group of plants that can be erect shrubs, climbing, or trailing, with stems that are often armed with sharp prickles. Their flowers vary in size and shape and are usually large and showy, in colors ranging from white through yellows and reds.

About 50 million years ago, the first rose in the Americas was found in modern-day Colorado in the United States. Today’s garden roses come from 18th-century China. Among the old Chinese garden roses, the Old Blush group is the most primitive, while newer groups are the most diverse.

Roses are best known as ornamental plants grown for their flowers in the garden and sometimes indoors. They have been also used for commercial perfumery and commercial cut flower crops. Some are used as landscape plants, for hedging, and for other utilitarian purposes such as game cover and slope stabilization. 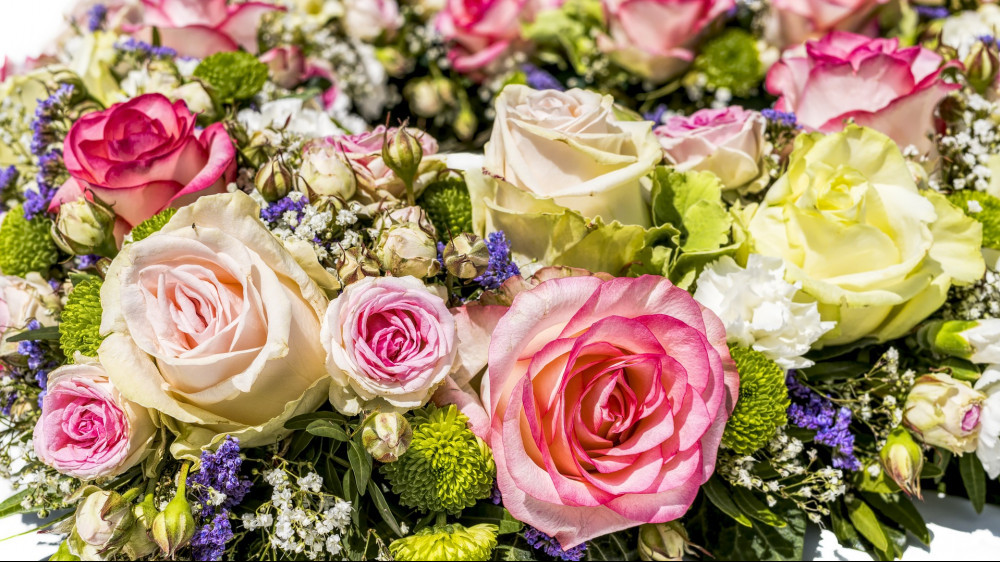 The name “iris” comes from the Greek word for “rainbow” as the iris flowers are colored with different shades and with this overflow of colors they resemble a rainbow. It also refers to the Greek goddess of the rainbow and the messenger of the Olympic gods Iris. Depending on the different colors, the symbolic meaning is also different. The blue iris represents faith and hope, purple wisdom and compliments, yellow passion, and white purity.

About: Irises are perennials that grow from creeping roots or in drier climates from bulbs. They have long, upright flowering stems, which can be simple or branched, solid or hollow, flattened, or have a circular cross-section. The roots usually have 3–10 sword-shaped basal leaves that grow in dense clumps.

The iris flower is of interest as an example of the relation between flowering plants and pollinating insects. The shape of the flower and the position of the pollen-receiving and stigmatic surfaces on the outer petals form a landing stage for a flying insect, which is probing for nectar.

Iris is extensively grown as an ornamental plant in home and botanical gardens. Presby Memorial Iris Gardens in New Jersey, for example, is a living iris museum with over 10,000 plants, while in Europe the most famous iris garden is arguably the Giardino dell’Iris in Florence (Italy). Irises, especially the multitude of bearded types, feature regularly in shows and exhibitions. 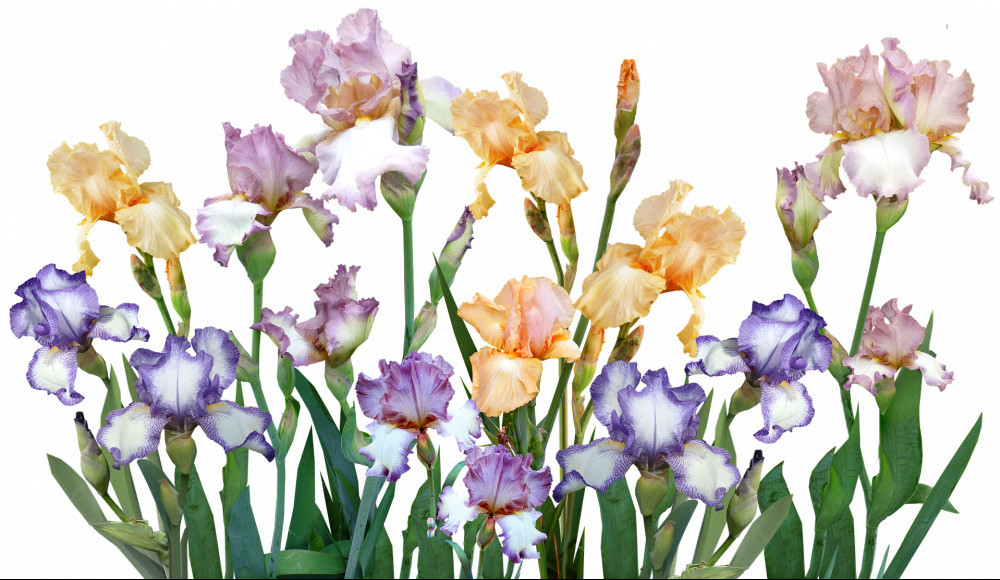 The general symbolism of this flower is very diverse. In addition to uncertainty and unrequited love, which represents a more negative aspect of the message value, the daffodil flower also symbolizes chivalry and courage, respect, return of affection, and new beginnings.

About: Narcissus is a genus of predominantly spring-flowering perennials of the amaryllis family. Various common names are used to describe all or some members of the genus, including daffodils, narcissus, and jonquil. The narcissus has prominent flowers with six petals covered by a cup-shaped or trumpet-shaped crown. The flowers are generally white and yellow (also orange or pink in garden varieties).

Narcissus were well known in ancient civilization, both medicinally and botanically. The genus is generally considered to have about ten sections with approximately 50 species. The number of species has varied, depending on how they are classified, due to similarity between species and hybridization.

Their native habitats are very varied, with different elevations, bioclimatic areas, and substrates, being found predominantly in open spaces ranging from low marshes to rocky hillsides and montane pastures, and including grassland, scrub, woods, river banks, and rocky crevices. 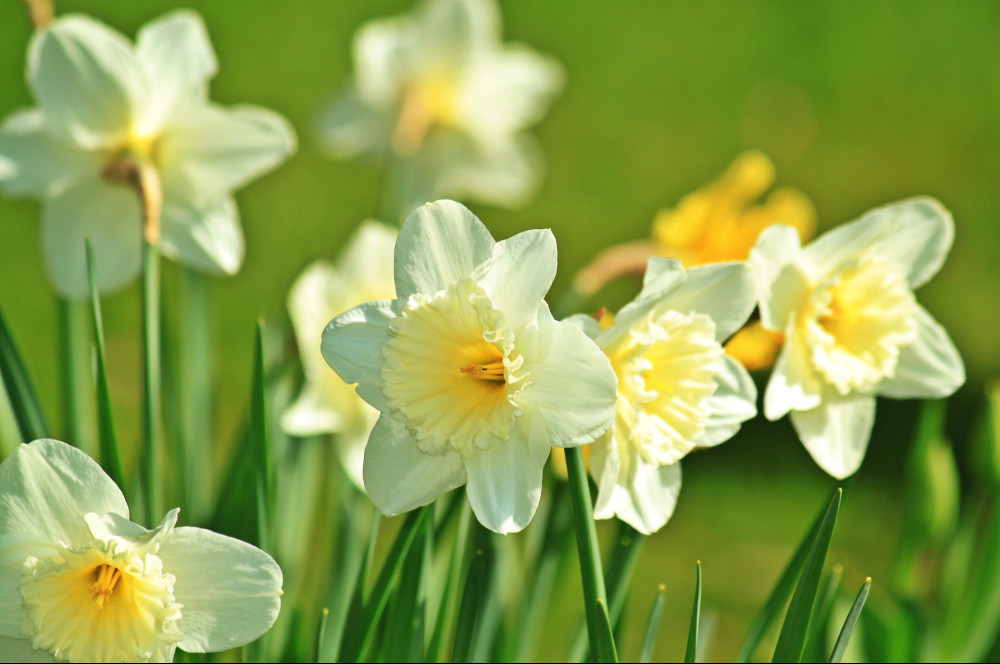 In addition to the sorrow and sadness, and jealousy symbolized by the purple and yellow hyacinth flower, the symbolism and meaning of the other colors is more inspiring, as red or pink signifies playfulness, associated with joy and happy moments, white represents loveliness, which acts soothing, and blue constancy, which means a solid foundation and security.

Hyacinths are also often associated with spring and rebirth. In Roman Catholic tradition, the Hyacinthus orientalis represents prudence, constancy, the desire for heaven, and peace of mind.

About: Hyacinthus is a small genus of bulbous, spring-blooming perennials. They are fragrant flowering plants in the family Asparagaceae and are commonly called hyacinths. Hyacinthus grows from bulbs, each producing around four to six linear leaves and one to three spikes or racemes of flowers.

Hyacinth bulbs are poisonous; they contain oxalic acid. Handling hyacinth bulbs can cause mild skin irritation. Some members of the plant are commonly called hyacinths but are not members of the genus Hyacinthus and are edible; one example is the tassel hyacinth, which forms part of the cuisine of some Mediterranean countries. 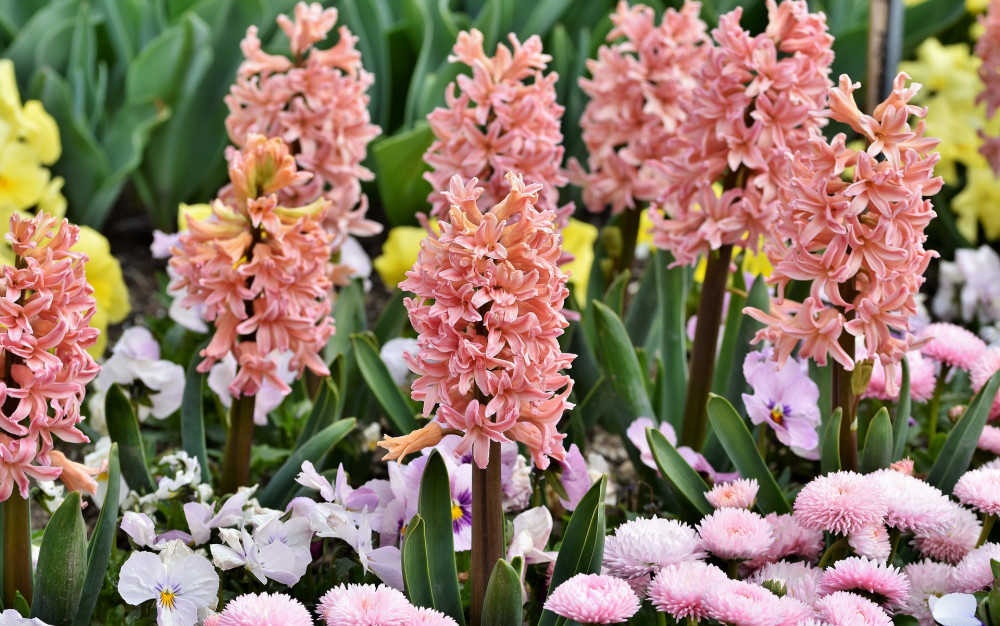 As in the first article, in this, the selection of flowers is also random, and in future articles, more descriptions and meanings of the spiritual symbolism of flowers will follow.

Do you have any favorite flowers? Have you ever checked what its spiritual significance is? One of my favorites is the sunflower, whose description can be found in The Spiritual Meaning of Flowers – part 1

Thank you for taking the time to read this post, I will be happy for your comments and reflections on the symbolism of flowers.

General information about flowers is taken from Wikipedia.
Photos of flowers are from Pixabay.

Have a nice day,
Nina

6 comments on “The Spiritual Meaning of Flowers – part 2”