These positive quotes are for the week of April 26 – May 2, 2021, and are famous quotes about change. The only constant in life changes.
I prepare and publish a video for Youtube and a post for a website with new positive daily thoughts, proverbs, or quotes from famous writers, poets, philosophers, celebrities every Sunday. And I’m happy to read your feedback on which quote you like best, which one you find great inspiration, which one brightened your day. 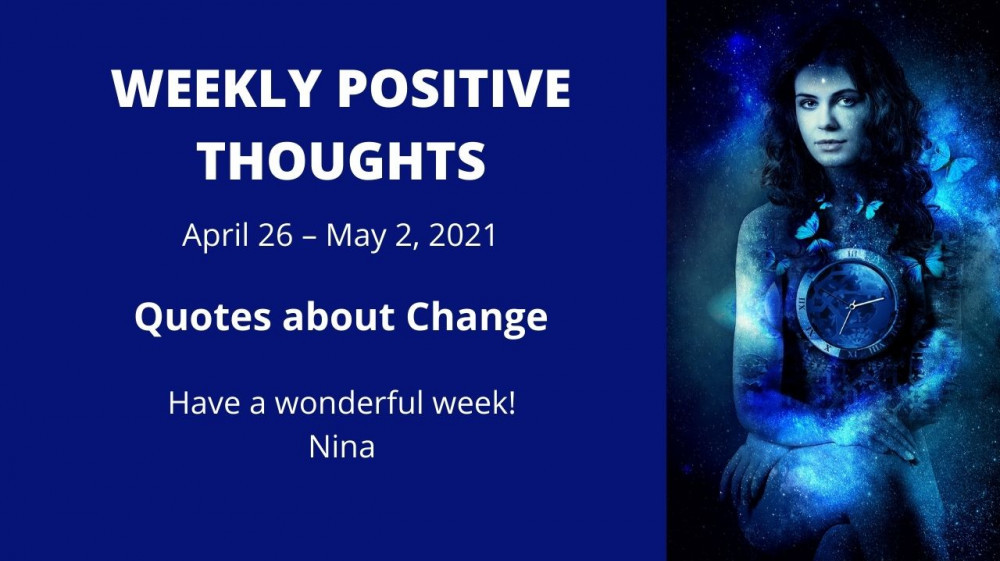 “Life belongs to the living, and he who lives must be prepared for changes.”

Johann Wolfgang von Goethe (28 August 1749 – 22 March 1832) was a German poet, playwright, novelist, scientist, statesman, theatre director, critic, and amateur artist. His works include four novels; epic and lyric poetry; prose and verse dramas; memoirs; an autobiography; literary and aesthetic criticism; and treatises on botany, anatomy, and color. He is considered to be the greatest German literary figure of the modern era. 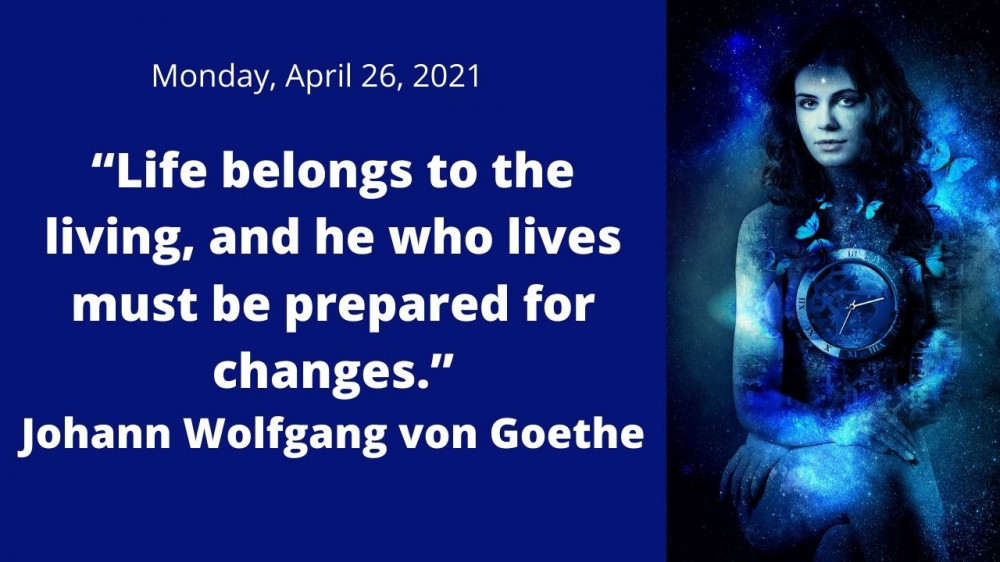 Wayne W. Dyer (May 10, 1940 – August 29, 2015) was American self-help and an internationally renowned author and speaker in the fields of self-development and spiritual growth. Over the four decades of his career, he wrote more than 40 books, including 21 New York Times bestsellers. He created many audio and video programs and appeared on thousands of television and radio shows. 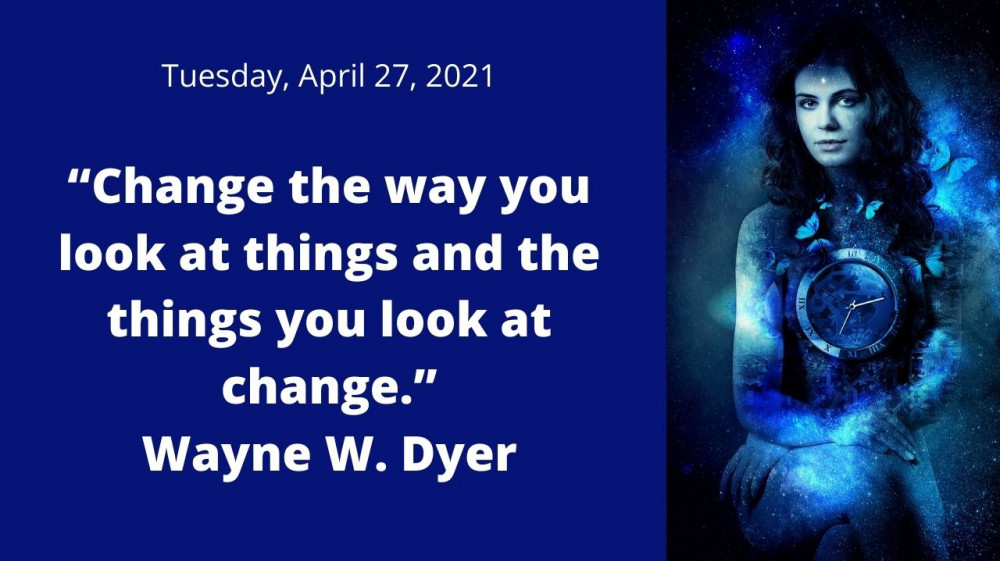 Winston Churchill, in addition to his career as a soldier and politician, was a prolific writer under the pen name ‘Winston S. Churchill’. Churchill’s fictional output included one novel and a short story, but his main output comprised non-fiction. After he was elected as an MP, over 130 of his speeches or parliamentary answers were also published in pamphlets or booklets; many were subsequently published in collected editions. Churchill received the Nobel Prize in Literature in 1953 “for his mastery of historical and biographical description as well as for brilliant oratory in defending exalted human values”. 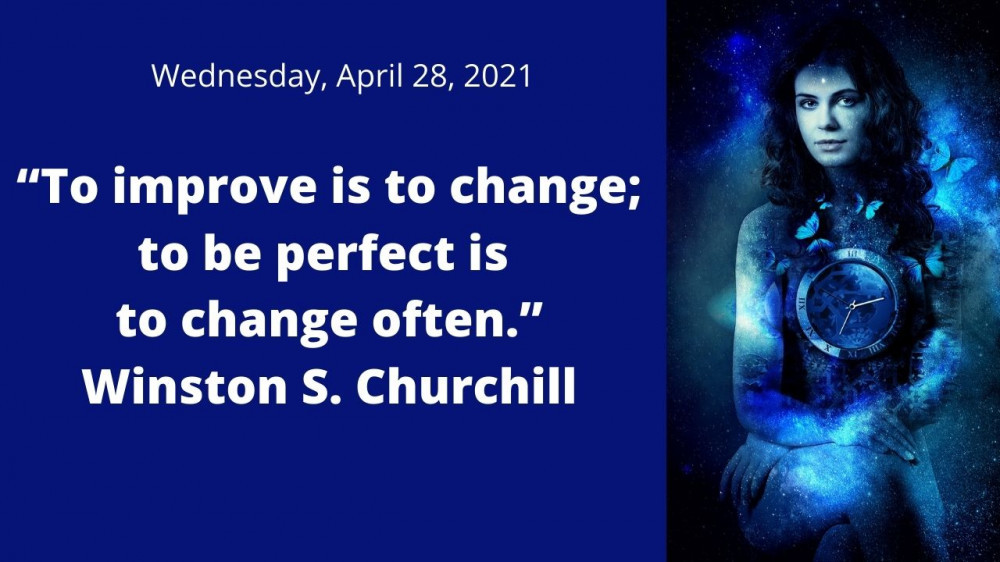 Count Lev Nikolayevich Tolstoy (9 September 1828 – 20 November 1910), usually referred to in English as Leo Tolstoy, was a Russian writer who is regarded as one of the greatest authors of all time. In the 1870s, Tolstoy experienced a profound moral crisis, followed by what he regarded as an equally profound spiritual awakening, as outlined in his non-fiction work A Confession (1882). 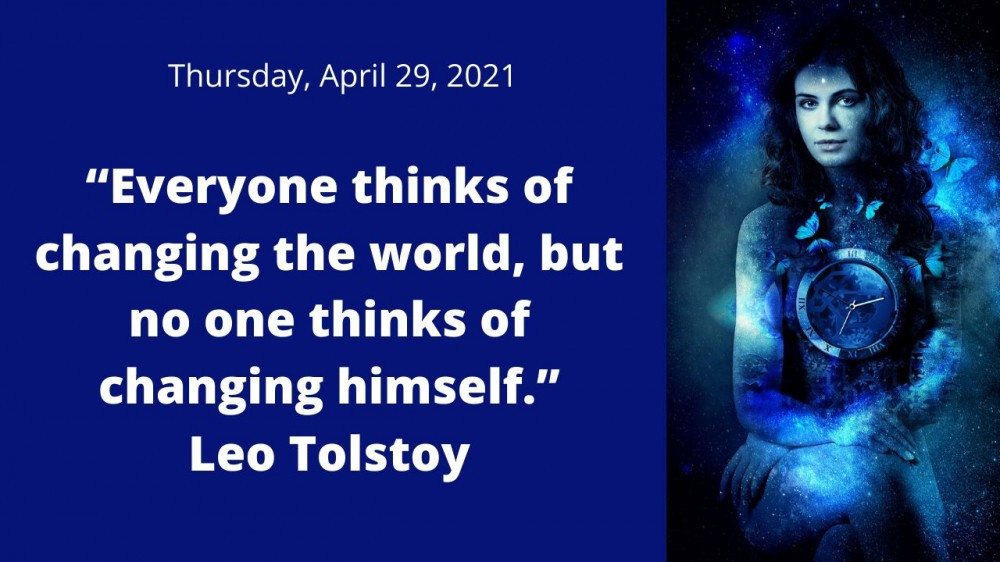 “Be the change that you wish to see in the world.”

Mohandas Karamchand Gandhi ( 2 October 1869 – 30 January 1948) was an Indian lawyer, anti-colonial nationalist, and political ethicist, who employed nonviolent resistance to lead the successful campaign for India’s independence from British rule, and in turn, inspired movements for civil rights and freedom across the world. 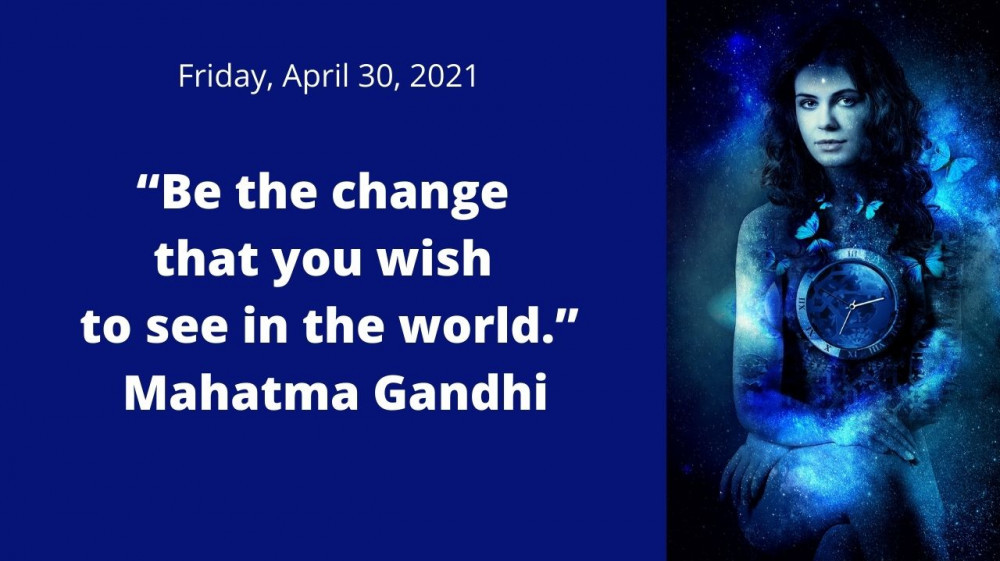 “Yesterday I was clever, so I wanted to change the world. Today I am wise, so I am changing myself.” 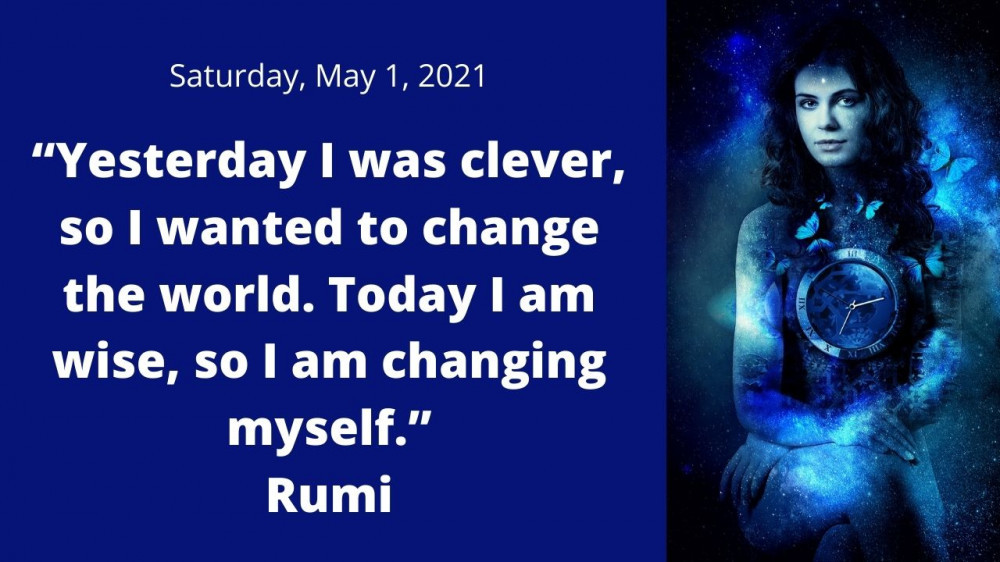 “I alone cannot change the world, but I can cast a stone across the waters to create many ripples.”

Mother Mary Teresa Bojaxhiu (26 August 1910 – 5 September 1997), honored in the Catholic Church as Saint Teresa of Calcutta, was an Albanian-Indian Roman Catholic nun and missionary. She was born in Skopje (now the capital of North Macedonia), then part of the Kosovo Vilayet of the Ottoman Empire. After living in Skopje for eighteen years, she moved to Ireland and then to India, where she lived for most of her life. 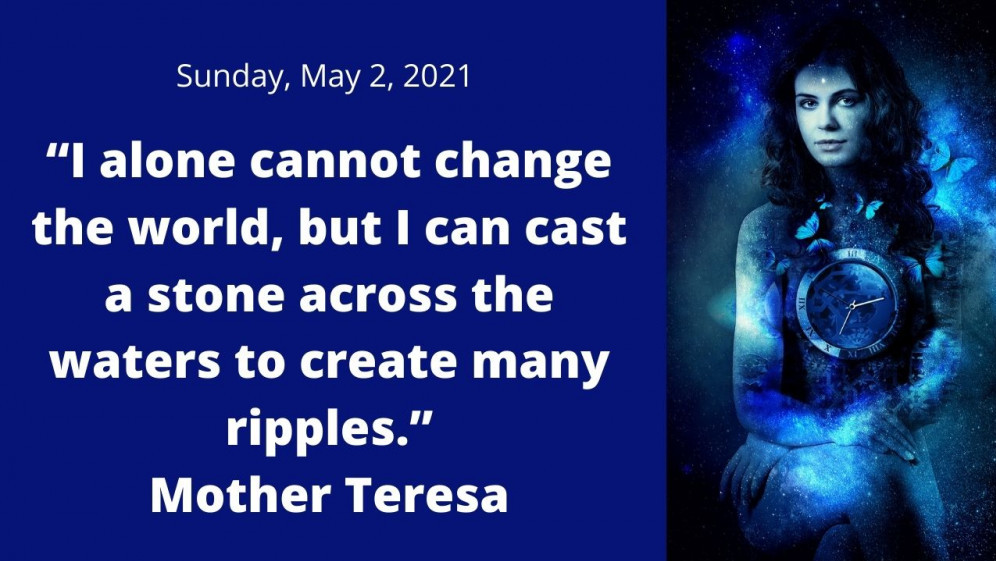 “It’s only after you’ve stepped outside your comfort zone that you begin to change, grow, and transform.”
Roy T. Bennett

“The world as we have created it is a process of our thinking. It cannot be changed without changing our thinking.”
Albert Einstein

“Some changes look negative on the surface but you will soon realize that space is being created in your life for something new to emerge.”
Eckhart Tolle

“Life is a series of natural and spontaneous changes. Don’t resist them; that only creates sorrow. Let reality be reality. Let things flow naturally forward in whatever way they like.”
Lao Tzu

“The snake which cannot cast its skin has to die. As well the minds which are prevented from changing their opinions; they cease to be mind.”
Friedrich Nietzsche

“Stepping onto a brand-new path is difficult, but not more difficult than remaining in a situation, which is not nurturing to the whole woman.”
Maya Angelou

“I wanted to change the world. But I have found that the only thing one can be sure of changing is oneself.”
Aldous Huxley

“Dripping water hollows out stone, not through force but through persistence.”
Ovid

“The only way to make sense out of change is to plunge into it, move with it, and join the dance.”
Alan Wilson Watts

“When people are ready to, they change. They never do it before then, and sometimes they die before they get around to it. You can’t make them change if they don’t want to, just like when they do want to, you can’t stop them.”
Andy Warhol

“They always say time changes things, but you actually have to change them yourself.”
Andy Warhol

“When you come out of the storm, you won’t be the same person who walked in. That’s what this storm’s all about.”
Haruki Murakami

“I have looked in the mirror every morning and asked myself: “If today were the last day of my life, would I want to do what I am about to do today?” And whenever the answer has been “No” for too many days in a row, I know I need to change something.”
Steve Jobs

Thank you for reading my post Weekly Positive Quotes – April 26  – May 2, 2021, with famous quotes about change.

Have a wonderful week,