These positive quotes are for the week of June 21 – June 27, 2021, and are famous quotes about silence. Occasionally we need time for ourselves, the time we spend with ourselves in silence. I say that in moments like this, all things fall into place. 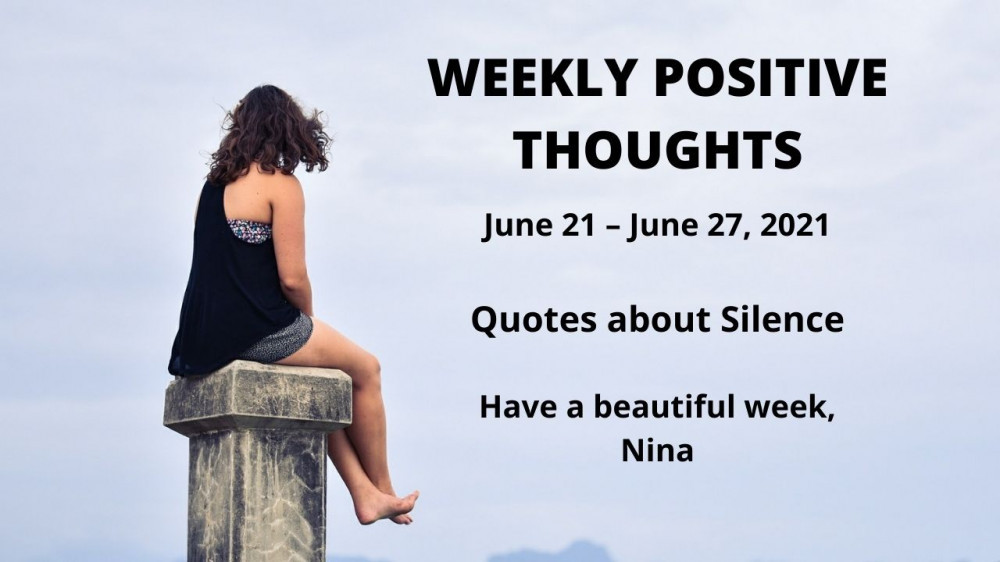 I prepare and publish a video for Youtube and a post for a website with new positive daily thoughts, proverbs, or quotes from famous writers, poets, philosophers, celebrities every Sunday. And I’m happy to read your feedback on which quote you like best, which one you find great inspiration, or which one brightened your day.

“In Silence there is eloquence. Stop weaving and see how the pattern improves.”
Rumi 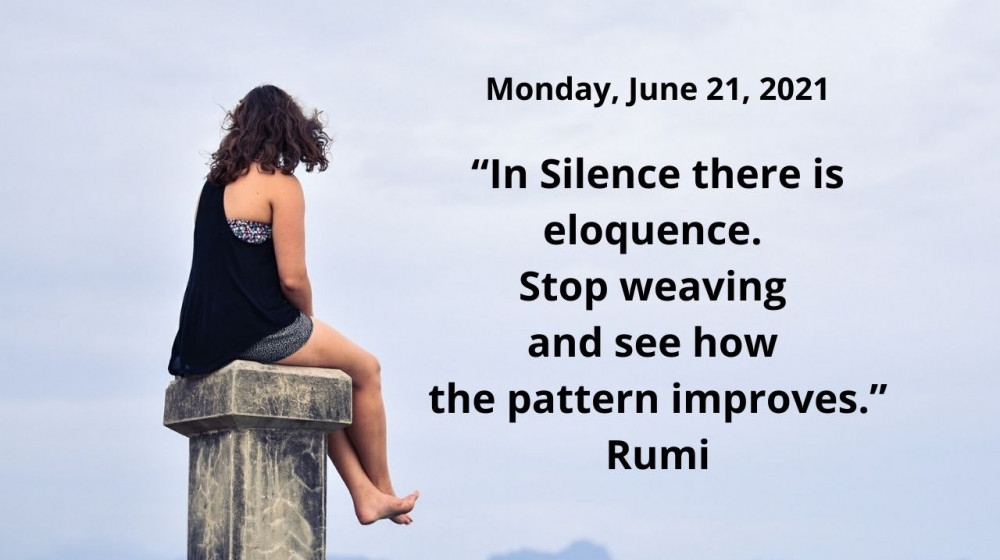 “Non-judgment quiets the internal dialogue, and this opens once again the doorway to creativity.”
Deepak Chopra

Deepak Chopra (born October 22, 1946) is an Indian-American author and alternative medicine advocate. A prominent figure in the New Age movement, his books and videos have made him one of the best-known and wealthiest figures in alternative medicine. 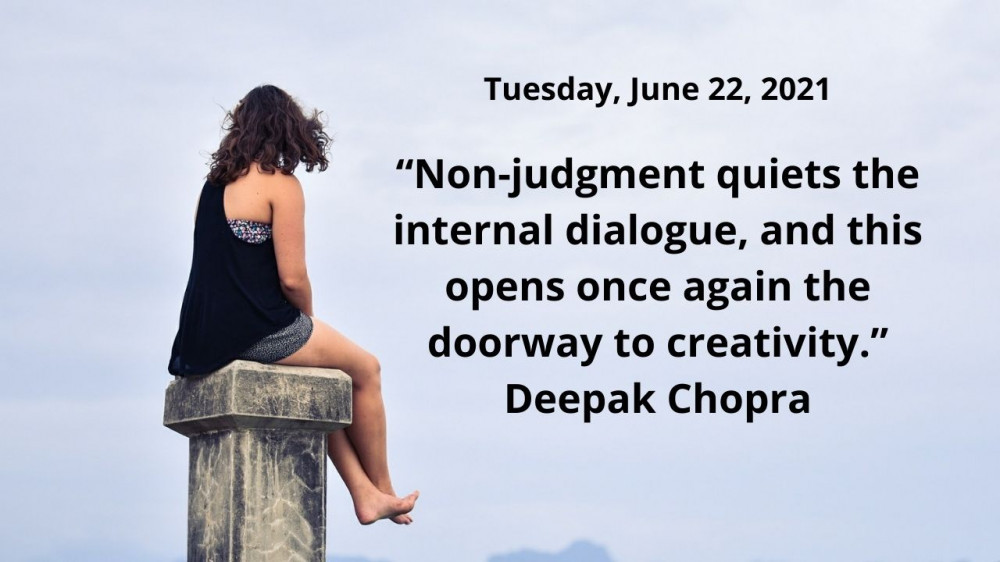 “Silence is a source of Great Strength.”
Lao Tzu

Lao Tzu, also rendered as Laozi (commonly translated as “Old Master”) and Lao-Tze was an ancient Chinese philosopher and writer. He is the reputed author of the Tao Te Ching, the founder of philosophical Taoism, and a deity in religious Taoism and traditional Chinese religions. 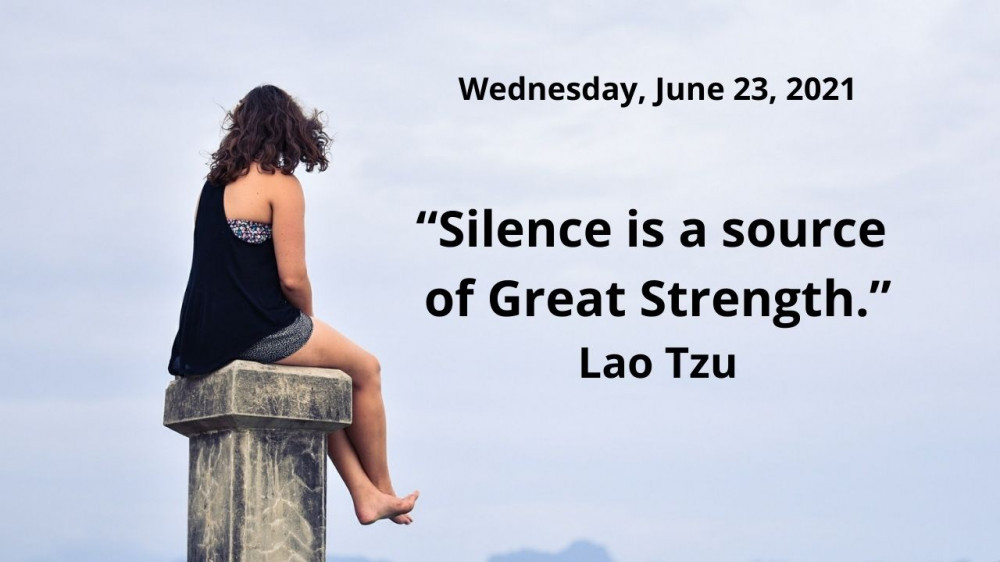 “In order to see birds, it is necessary to become a part of the silence.”
Robert Lynd 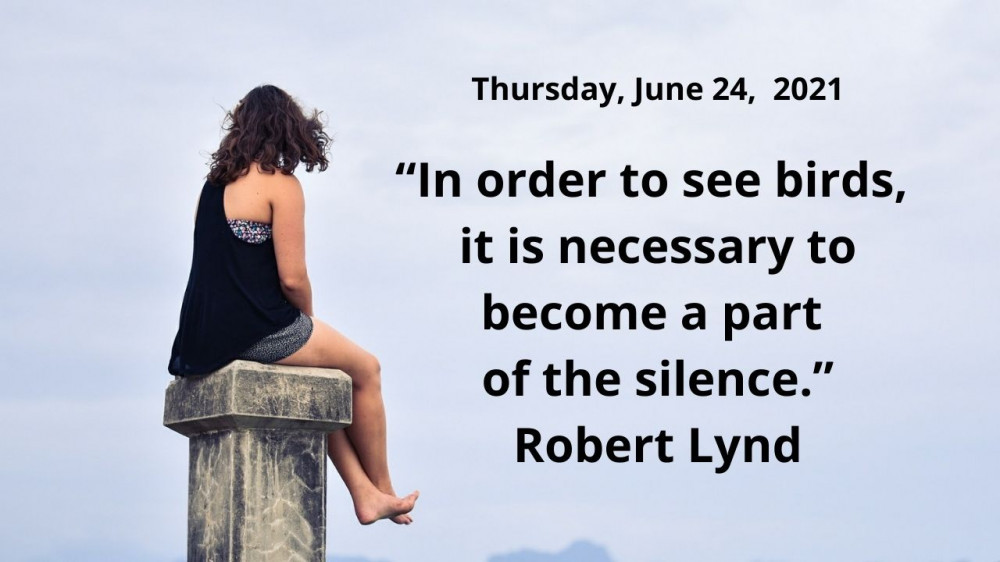 “To be an artist, you need to exist in a world of silence.”
Louise Bourgeois

Louise Joséphine Bourgeois (25 December 1911 – 31 May 2010) was a French-American artist. Although she is best known for her large-scale sculpture and installation art, Bourgeois was also a prolific painter and printmaker. She explored a variety of themes over the course of her long career including domesticity and the family, sexuality and the body, as well as death and the unconscious. 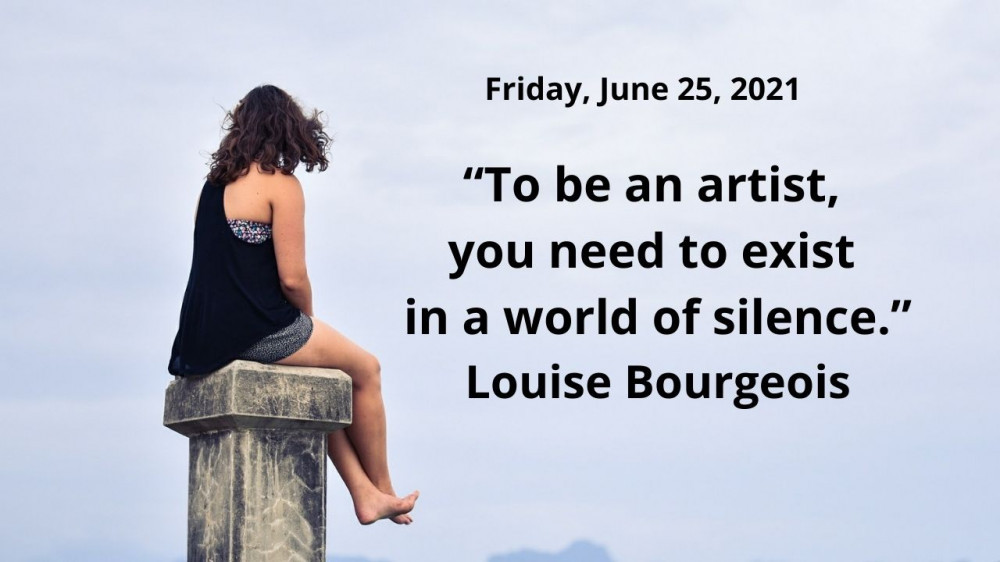 “The deepest feeling always shows itself in silence.”
Marianne Moore 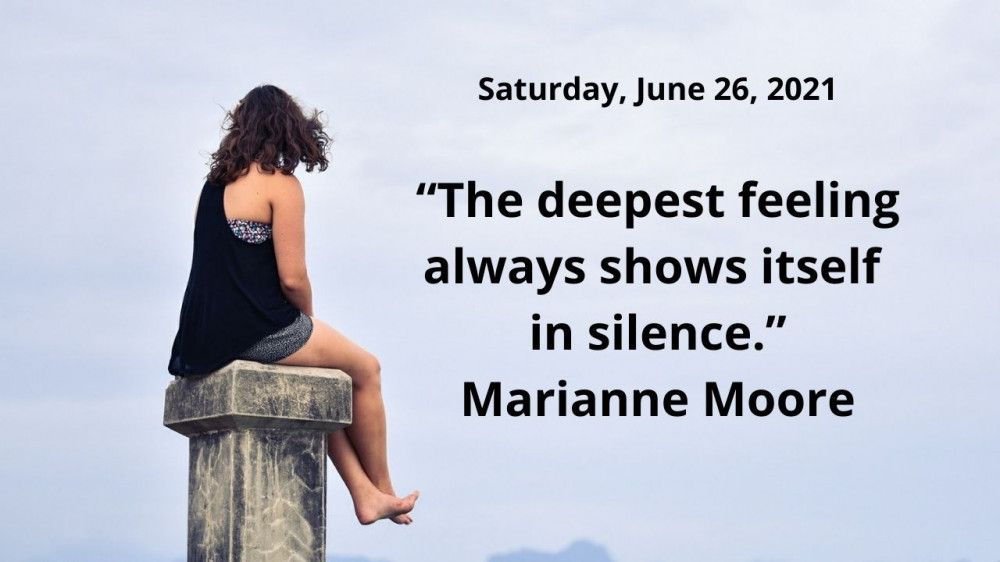 “What keeps my heart awake is colorful silence.”
Claude Monet

Oscar-Claude Monet (14 November 1840 – 5 December 1926) was a French painter and founder of impressionist painting who is seen as a key precursor to modernism, especially in his attempts to paint nature as he perceived it. The term “Impressionism” is derived from the title of his painting Impression, Soleil levant, exhibited in 1874 in the first Salon des Refusés (“exhibition of rejects”) initiated by Monet and his associates as an alternative to the Salon. 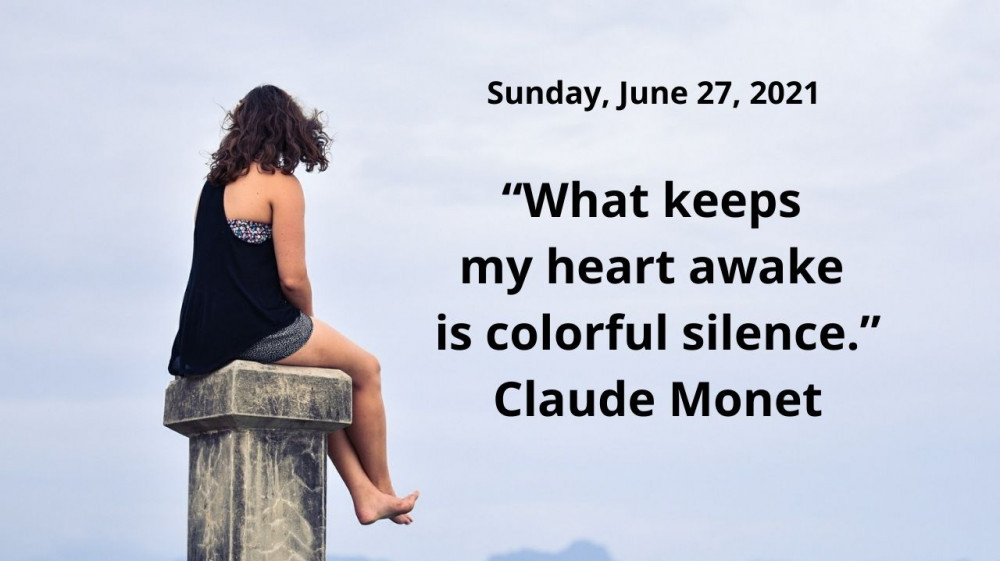 “There are those among you who seek the talkative through fear of being alone.
The silence of aloneness reveals to their eyes their naked selves and they would escape.
And there are those who talk, and without knowledge or forethought reveal a truth which they themselves do not understand.
And there are those who have the truth within them, but they tell it not in words.
In the bosom of such as these, the spirit dwells in rhythmic silence.”
Kahlil Gibran

“Move outside the tangle of fear-thinking. Live in silence.”
Rumi

“If there were a little more silence, if we all kept quiet…maybe we could understand something.”
Federico Fellini

“Perfect prayer does not consist in many words, silent remembering and pure intention raise the heart to that supreme Power.”
Amit Ray

“Silence is the language of Om. We need silence to be able to reach our Self. Both internal and external silence is very important to feel the presence of that supreme Love.”
Amit Ray

“Does not everything depend on our interpretation of the silence around us?”
Lawrence Durrell

“Learn to get in touch with the silence within yourself and know that everything in this life has a purpose. There are no mistakes, no coincidences. All events are blessings given to us to learn from.”
Elizabeth Kübler-Ross

“When you connect to the silence within you, that is when you can make sense of the disturbance going on around you. ”
Stephen Richards

“I’ve begun to realize that you can listen to silence and learn from it. It has a quality and a dimension all its own.”
Chaim Potok

“Nothing strengthens authority so much as silence.”
Leonardo da Vinci

“Make peace with silence, and remind yourself that it is in this space that you’ll come to remember your spirit. When you’re able to transcend an aversion to silence, you’ll also transcend many other miseries. And it is in this silence that the remembrance of God will be activated.”
Wayne W. Dyer

“Human beings can’t bear the silence. It would mean that they would bear themselves.”
Pascal Mercier

“The world’s continual breathing is what we hear and call silence.”
Clarice Lispector

“It is well when in difficulties, to say never a word, neither black nor white. Speech is silver but silence is golden.”
Muriel Spark

You can watch other weekly videos on this link:

Thank you for reading my post Weekly Positive Quotes – June 21 – June 27, 2021, with famous quotes about silence. I hope you enjoyed reading and thought about these quotes.

Do you have a favorite quote on the topic or which one touched you the most in the collection of quotes for this week? Do you know some famous quote or statement about silence? I look forward to your reflections on these quotes that you share with me in the comments.