These positive quotes are for the week of June 7 – June 13, 2021, and are famous funny quotes. I think we have to have a little laugh every now and then, so I also occasionally decide to make a weekly video with funny quotes. Enjoy! 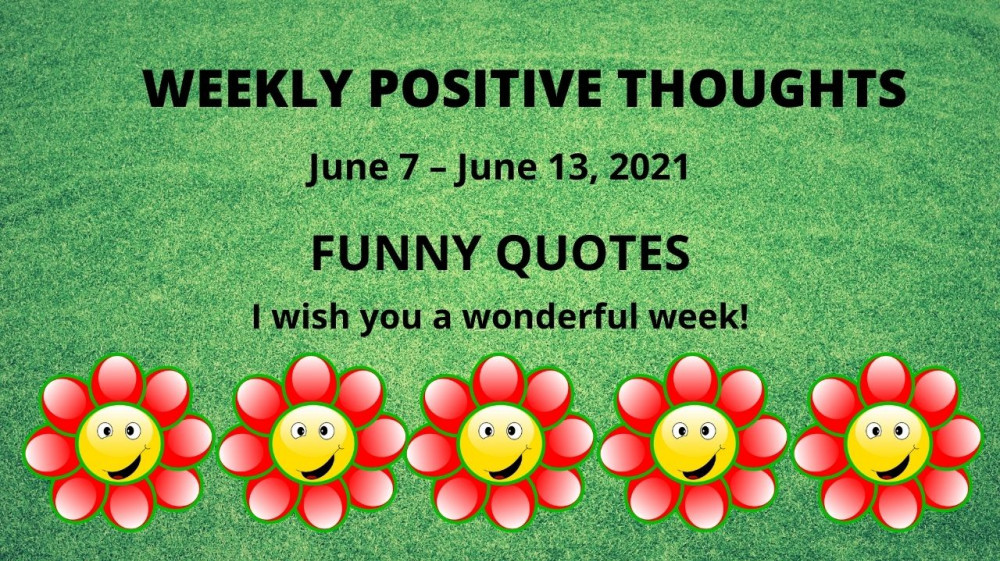 I prepare and publish a video for Youtube and a post for a website with new positive daily thoughts, proverbs, or quotes from famous writers, poets, philosophers, celebrities every Sunday. And I’m happy to read your feedback on which quote you like best, which one you find great inspiration, or which one brightened your day.

»My opinions may have changed, but not the fact that I’m right.«
Ashleigh Brilliant

Ashleigh Ellwood Brilliant (born 9 December 1933) is an author and syndicated cartoonist born in London, UK, and living in Santa Barbara, California. He is best known for his Pot-Shots, single-panel illustrations with one-line humorous remarks, which began syndication in the United States of America in 1975. 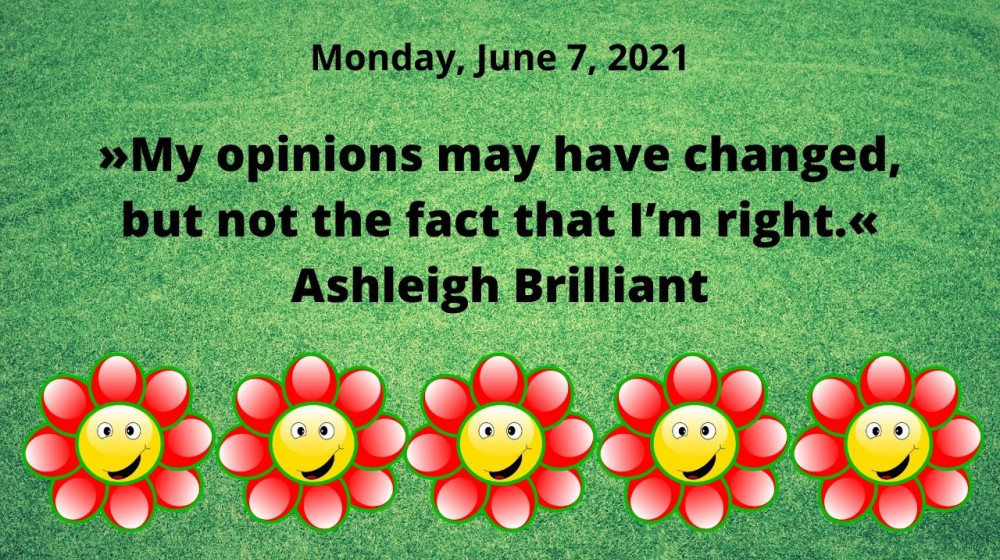 »The only reason some people get lost in thought is because it’s unfamiliar territory.«
Paul Fix

Peter Paul Fix (March 13, 1901 – October 14, 1983) was an American film and television character actor who was best known for his work in Westerns. Fix appeared in more than a hundred movies and dozens of television shows over a 56-year career between 1925 and 1981. 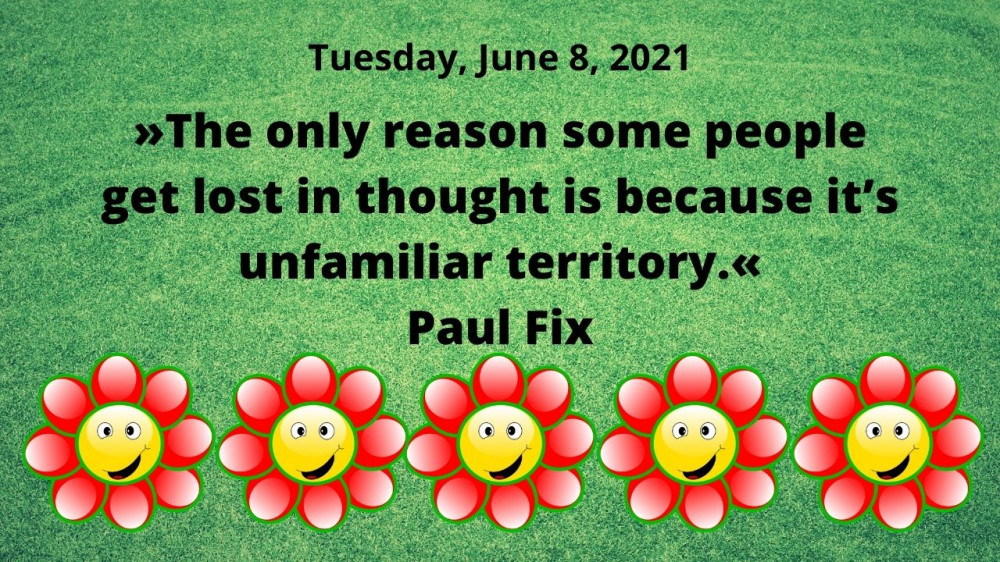 »A pessimist is a person who has had to listen to too many optimists.«
Don Marquis

Donald Robert Perry Marquis (July 29, 1878 – December 29, 1937) was an American humorist, journalist, and author. He was variously a novelist, poet, newspaper columnist, and playwright. He is remembered best for creating the characters Archy and Mehitabel, supposed authors of humorous verse. 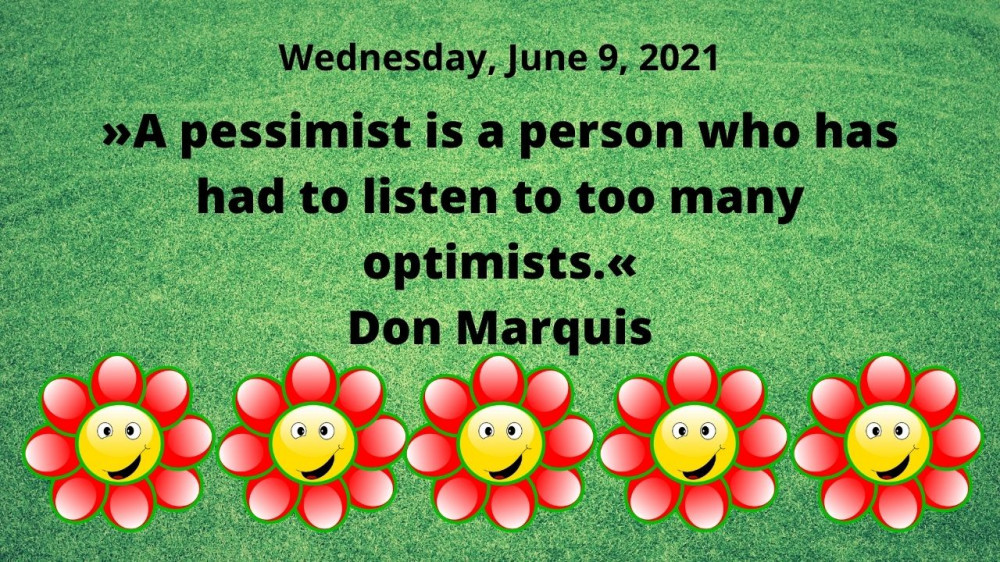 »There’s a fine line between genius and insanity. I have erased this line.«
Oscar Levant

Oscar Levant (December 27, 1906 – August 14, 1972) was an American concert pianist, composer, music conductor, author, radio game show panelist, television talk show host, comedian, and actor. He was as famous for his mordant character and witticisms, on the radio and later in movies and television, as for his music. 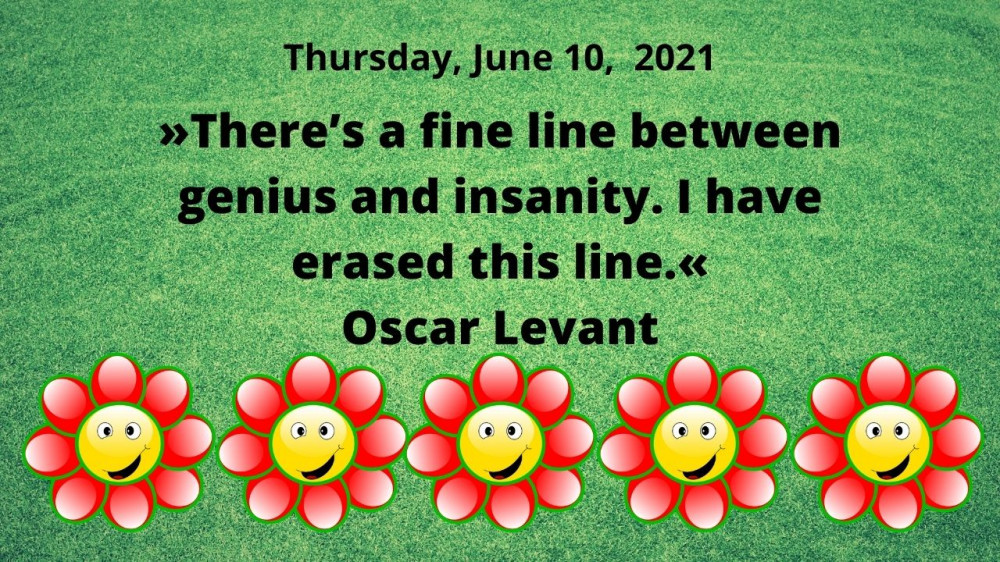 »We are all here on earth to help others. What on earth the others are here for I don’t know.«
W. H. Auden

Wystan Hugh Auden ( 21 February 1907 – 29 September 1973) was an Anglo-American poet. Auden’s poetry was noted for its stylistic and technical achievement, its engagement with politics, morals, love, and religion, and its variety in tone, form, and content. 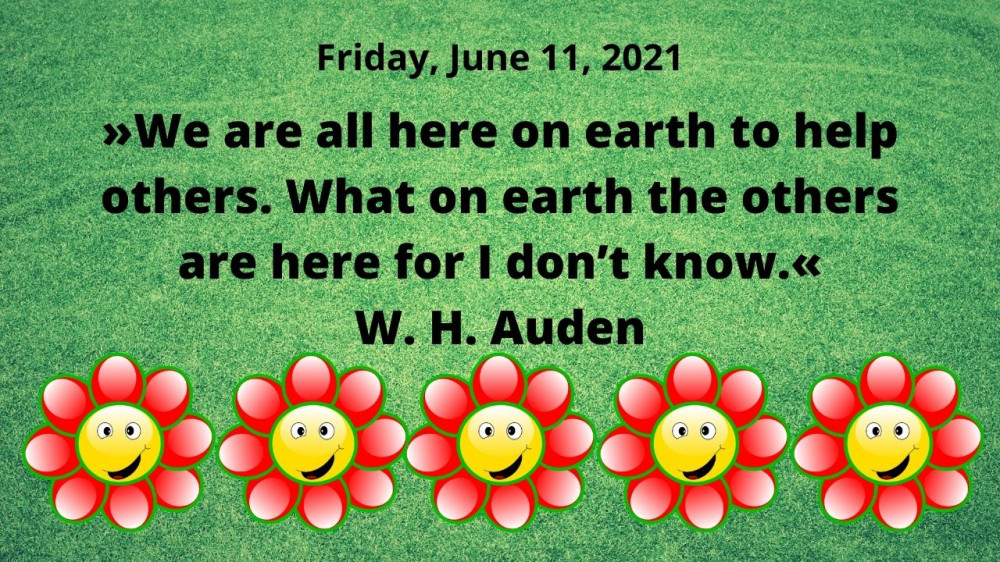 »When all else fails, there’s always delusion.«
Conan O’Brien

Conan Christopher O’Brien (born April 18, 1963) is an American television host, comedian, actor, writer, podcaster, and producer. He is best known for hosting the late-night talk shows Late Night with Conan O’Brien, The Tonight Show with Conan O’Brien, and since 2010, Conan on the cable channel TBS. Prior to his hosting career, he was a writer for Saturday Night Live and The Simpsons. 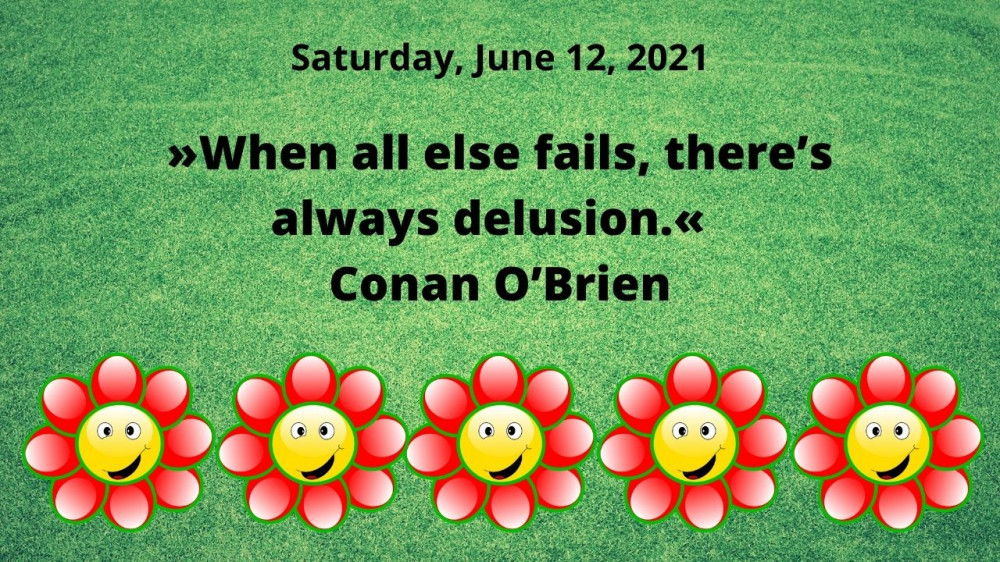 »I’m sick of following my dreams, man. I’m just going to ask where they’re going and hook up with ’em later.«
Mitch Hedberg 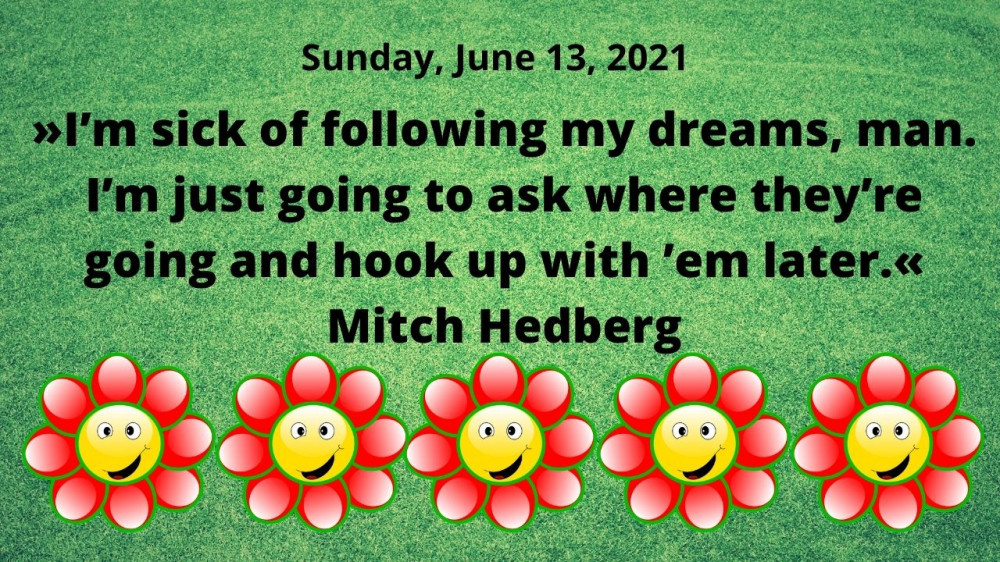 »My pessimism extends to the point of even suspecting the sincerity of other pessimists.«
Jean Rostand

»I dream of a better tomorrow, where chickens can cross the road and not be questioned about their motives.«
Ralph Waldo Emerson

»It’s amazing that the amount of news that happens in the world every day always just exactly fits the newspaper.«
Jerry Seinfeld

»I always wanted to be somebody, but now I realize I should have been more specific.«
Lily Tomlin

»Lead me not into temptation; I can find the way myself.«
Rita Mae Brown

»Never go to a doctor whose office plants have died.«
Erma Bombeck

»A rich man is nothing but a poor man with money.«
W. C. Fields

»Insanity is hereditary; you get it from your children.«
Sam Levenson

»I had plastic surgery last week – I cut up my credit cards.«
Henny Youngman

»He knows nothing; he thinks he knows everything – that clearly points to a political career.«
George Bernard Shaw

»I have learned from my mistakes, and I am sure I can repeat them exactly.«
Peter Cook

»“Be yourself” is about the worst advice you can give some people.«
Thomas Lansing Masson

»If you’re too open-minded; your brains will fall out.«
Lawrence Ferlinghetti

»By the time a man realizes that his father was right, he has a son who thinks he’s wrong.«
Charles Wadsworth

Thank you for reading my post Weekly Positive Quotes – June 7 – June 13, 2021, with famous funny quotes. I hope you enjoyed and smiled at any of these quotes.

Do you have a favorite quote on the topic or which one touched you the most in the collection of quotes for this week? Do you know some funny quote or statement? I look forward to your reflections on these quotes that you share with me in the comments.

Have a wonderful week with lots of laughter, and share the laughter going forward too!
Nina