These positive quotes are for the week of March 29 – April 4, 2021, and are famous quotes about destiny. 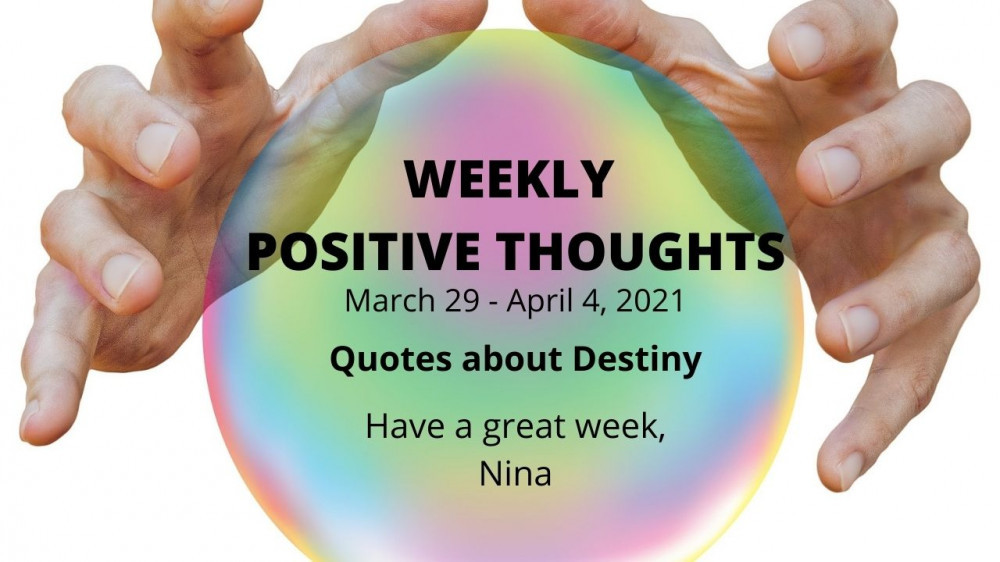 Monday, March 29, 2021
“The only person you are destined to become is the person you decide to be.”
Ralph Waldo Emerson
Ralph Waldo Emerson (May 25, 1803 – April 27, 1882) was an American essayist, lecturer, philosopher, abolitionist and poet who led the transcendentalist movement of the mid-19th century. He was seen as a champion of individualism and a prescient critic of the countervailing pressures of society. 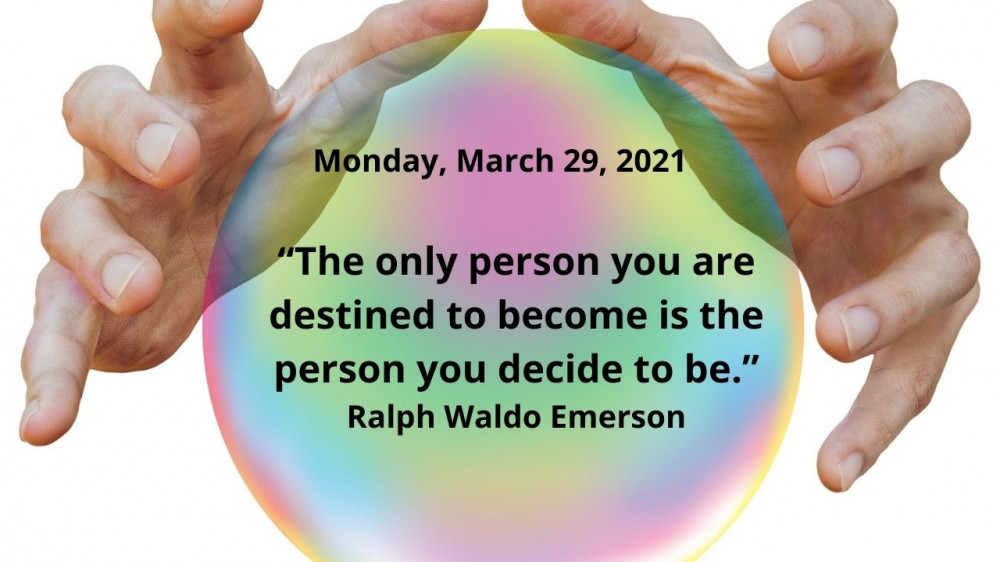 Tuesday, March 30, 2021
“No one saves us but ourselves. No one can and no one may. We ourselves must walk the path.”
Gautama Buddha
The Buddha (also known as Siddhattha Gautama or Buddha Shakyamuni) was a philosopher, mendicant, meditator, spiritual teacher, and religious leader who lived in ancient India (c. 5th to 4th century BCE). He is revered as the founder of the world religion of Buddhism, and worshipped by most Buddhist schools as the Enlightened One who is believed to have transcended Karma and escaped the cycle of birth and rebirth. 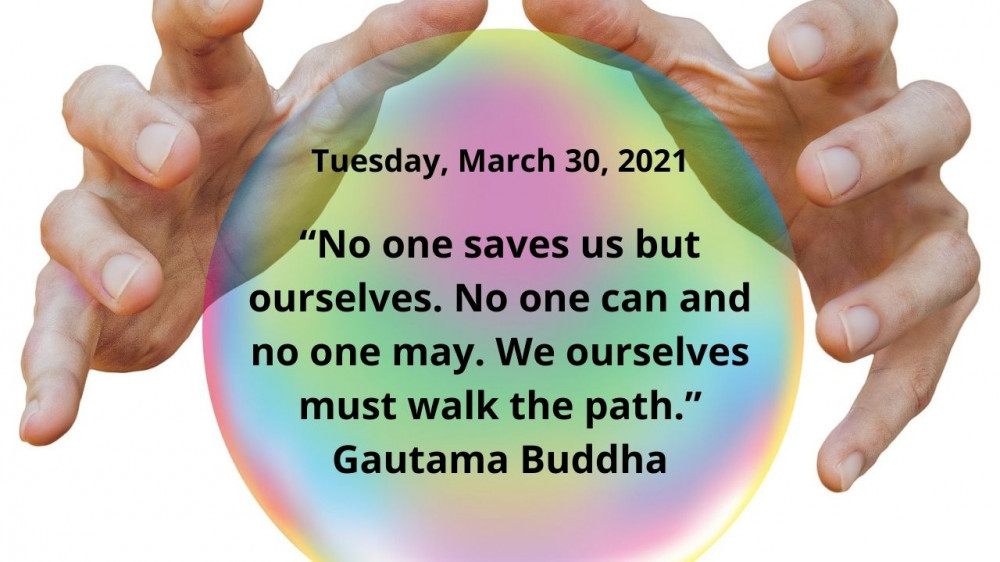 Wednesday, March 31, 2021
“You know how it is. Sometimes we plan a trip to one place, but something takes us to another.”
Rumi
Jalāl ad-Dīn Mohammad Rūmī, more popularly simply as Rumi (30 September 1207 – 17 December 1273), was a 13th-century Persian poet, Hanafi faqih, Islamic scholar, Maturidi theologian, and Sufi mystic originally from Greater Khorasan in Greater Iran. Rumi’s influence transcends national borders and ethnic divisions. 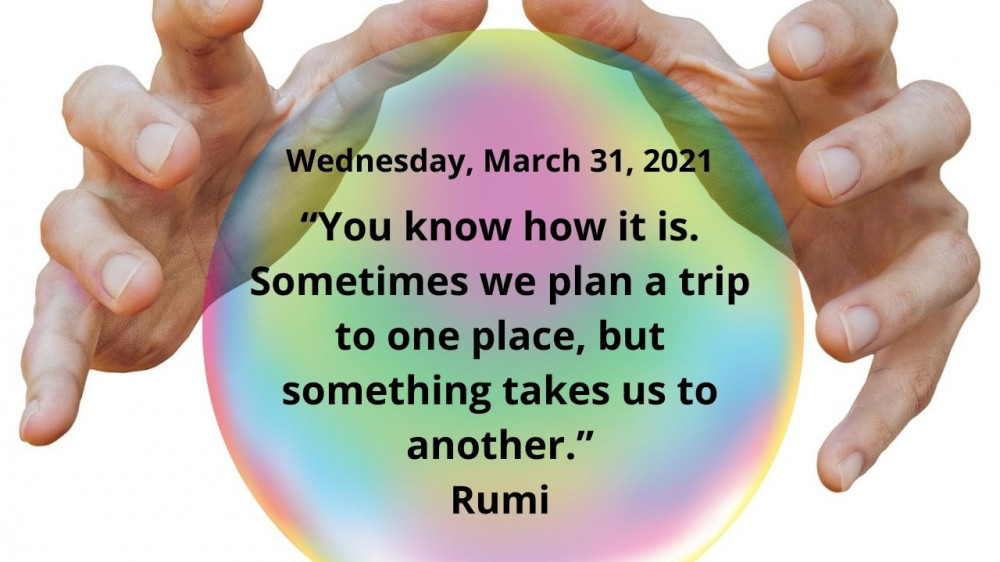 Thursday, April 1, 2021
“There are no wrong turnings. Only paths we had not known we were meant to walk.”
Guy Gavriel Kay
Guy Gavriel Kay (born November 7, 1954) is a Canadian writer of fantasy fiction. The majority of his novels take place in fictional settings that resemble real places during real historical periods, such as Constantinople during the reign of Justinian I or Spain during the time of El Cid. Kay has expressed a preference to avoid genre categorization of these works as historical fantasy. 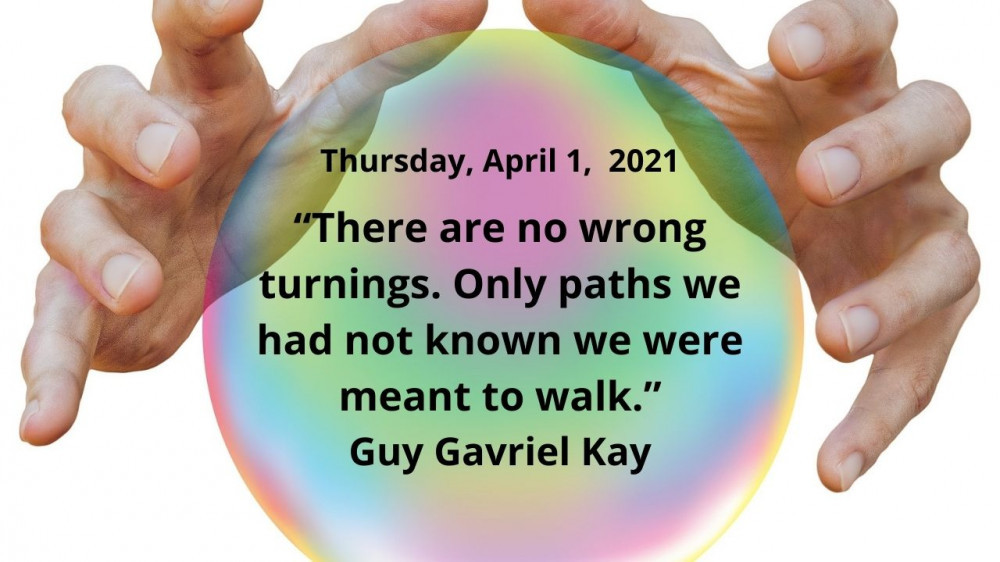 Friday, April 2, 2021
“The willing, Destiny guides them. The unwilling, Destiny drags them.”
Seneca
Lucius Annaeus Seneca the Younger (c. 4 BC – AD 65), usually known as Seneca, was a Roman Stoic philosopher, statesman, dramatist, and in one work, satirist from the Silver Age of Latin literature. Seneca was born in Cordoba in Hispania, and raised in Rome, where he was trained in rhetoric and philosophy. 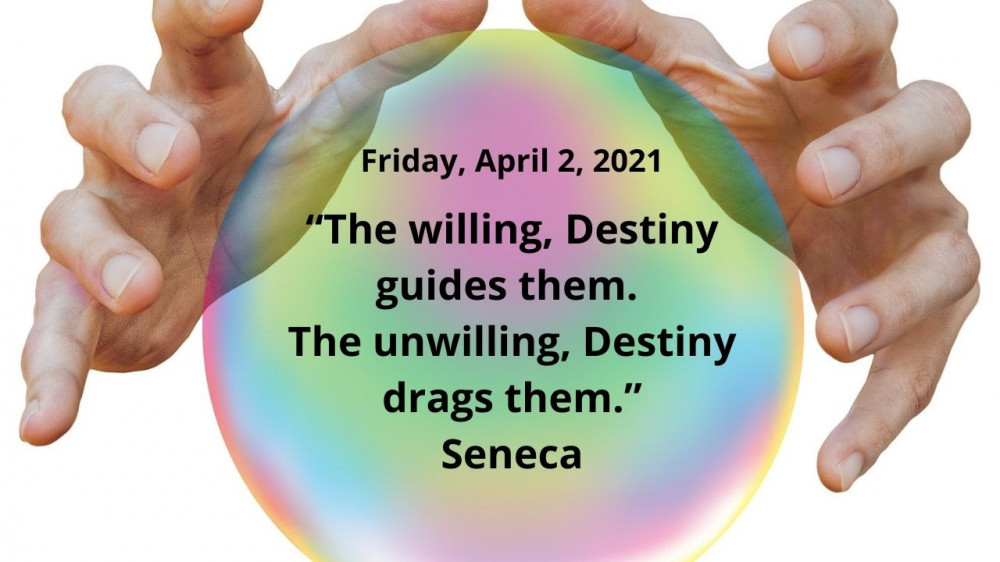 Saturday, April 3, 2021
“It is not in the stars to hold our destiny but in ourselves.”
William Shakespeare
William Shakespeare (bapt. 26 April 1564 – 23 April 1616) was an English playwright, poet, and actor, widely regarded as the greatest writer in the English language and the world’s greatest dramatist. He is often called England’s national poet and the “Bard of Avon” (or simply “the Bard”). 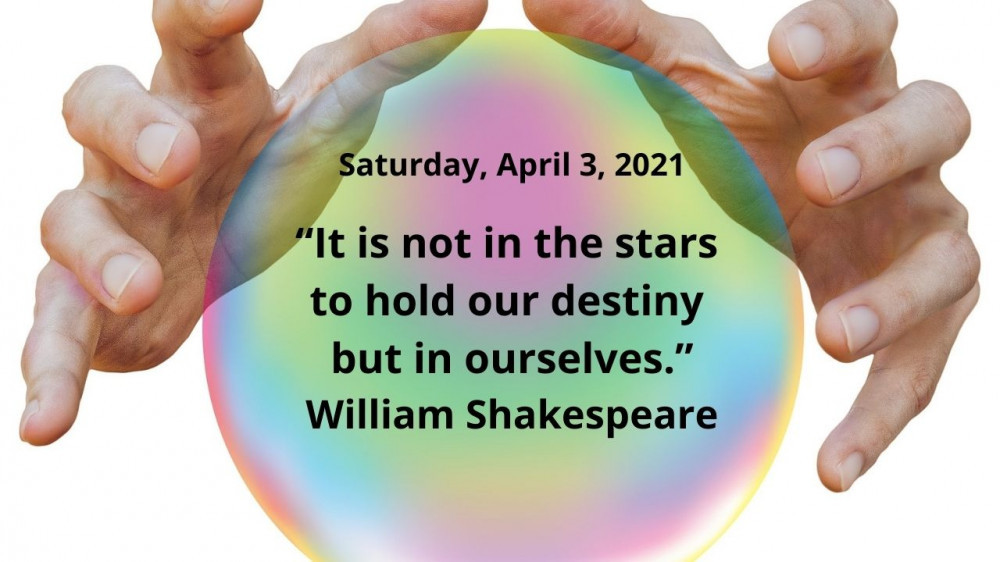 Sunday, April 4, 2021
“No matter what your history has been, your destiny is what you create today. What are you going to create?”
Steve Maraboli
Stephen “Steve” Maraboli (b. April 18, 1975) was born and raised in Port Washington, New York. He has electrified, inspired, and entertained a wide range of audiences in over 30 countries with his unique style of bridging cutting-edge Behavioral Science, proven Business Methodologies, Humor, UNFORGETTABLE stories, and Social Insights. 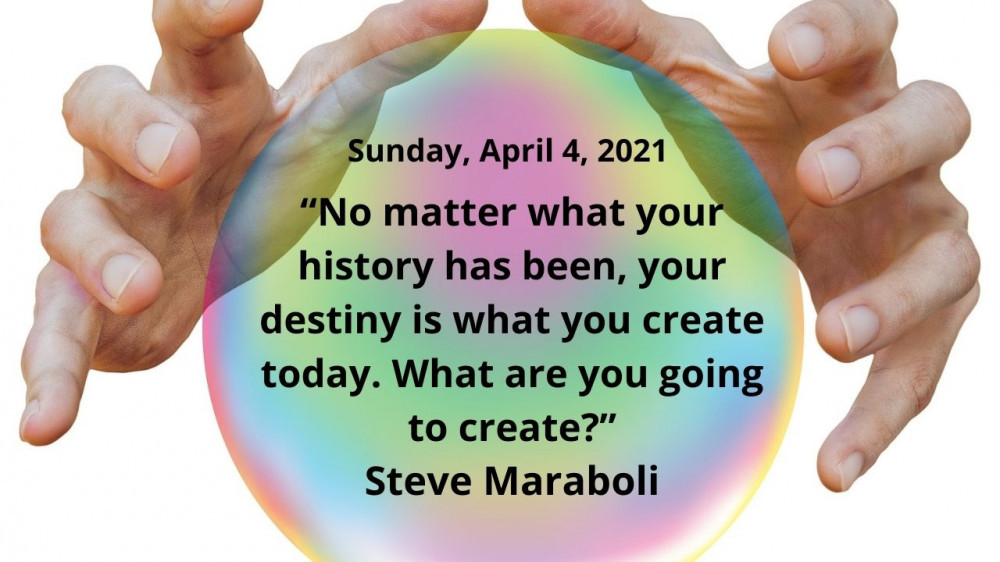 “I have always believed, and I still believe, that whatever good or bad fortune may come our way we can always give it meaning and transform it into something of value.”
Hermann Hesse

“You are not the victim of the world, but rather the master of your own destiny. It is your choices and decisions that determine your destiny.”
Roy T. Bennett

“At any given moment in our lives, there are certain things that could have happened but didn’t. The magic moments go unrecognized, and then suddenly, the hand of destiny changes everything.”
Paulo Coelho

“To realize one’s destiny is a person’s only real obligation and when you want something, all the universe conspires in helping you to achieve it.”
Paulo Coelho

“I don’t know what your destiny will be, but one thing I know: the only ones among you who will be really happy are those who have sought and found how to serve.”
Albert Schweitzer

“Sometimes you imagine that everything could have been different for you, that if only you had gone right one day when you chose to go left, you would be living a life you could never have anticipated. But at other times you think there was no other way forward – that you were always bound to end up exactly where you have.”
Kevin Brockmeier

“Nothing is predestined. The obstacles of your past can become the gateways that lead to new beginnings.”
Ralph Blum

“Destiny itself is like a wonderful wide tapestry in which every thread is guided by an unspeakable tender hand, placed beside another thread and held and carried by a hundred others.”
Rainer Maria Rilke

Thank you for reading my post Weekly Positive Quotes – March 29 – April 4, 2021, with famous quotes about destiny.