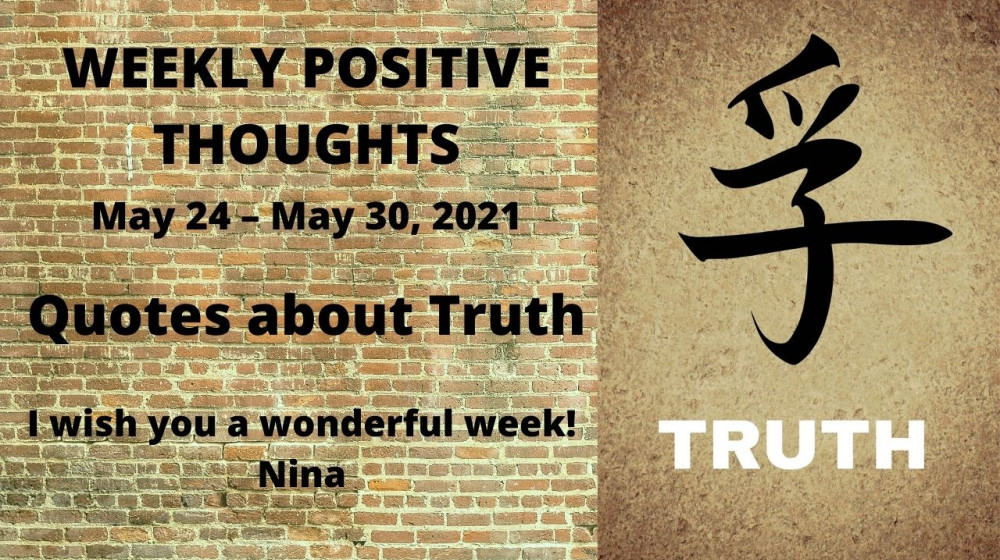 “Three things can not hide for long: the Moon, the Sun and the Truth.”
Gautama Buddha

The Buddha (also known as Siddhattha Gautama or Buddha Shakyamuni) was a philosopher, mendicant, meditator, spiritual teacher, and religious leader who lived in ancient India (c. 5th to 4th century BCE). He is revered as the founder of the world religion of Buddhism, and worshipped by most Buddhist schools as the Enlightened One who is believed to have transcended Karma and escaped the cycle of birth and rebirth. 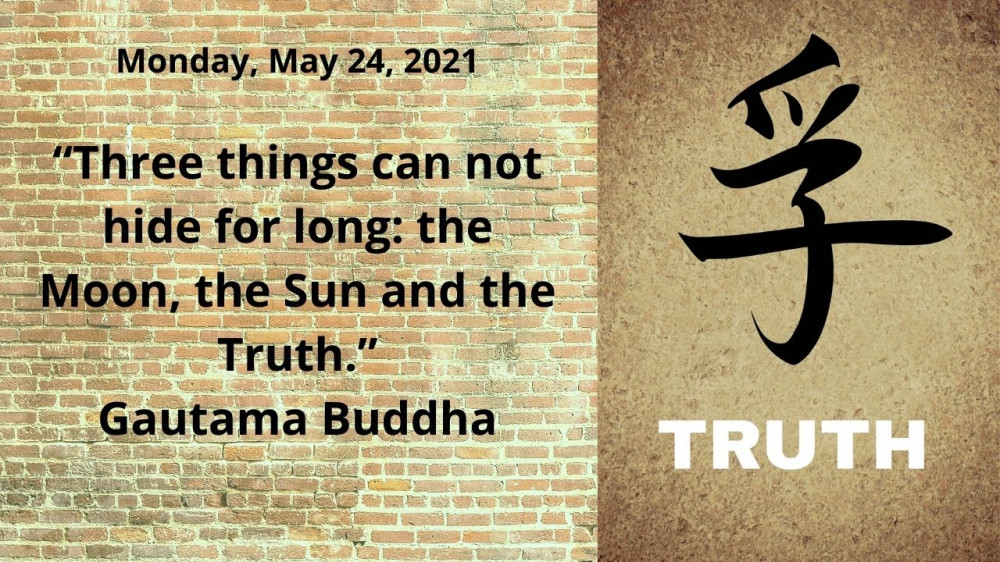 “If you do not tell the truth about yourself you cannot tell it about other people.”
Virginia Woolf

Adeline Virginia Woolf (25 January 1882 – 28 March 1941) was an English writer, considered one of the most important modernist 20th-century authors and also a pioneer in the use of stream of consciousness as a narrative device. 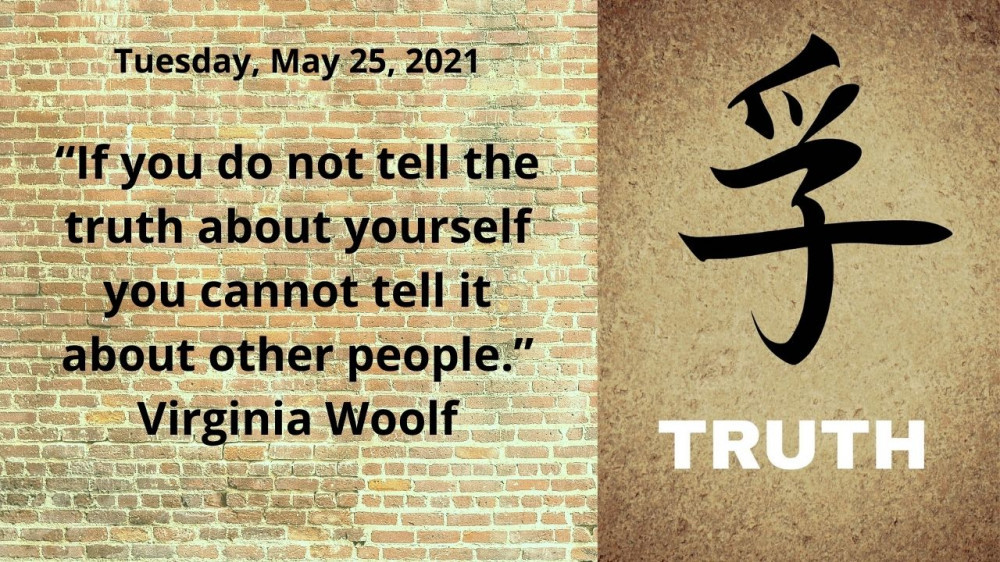 “Everything we hear is an opinion, not a fact. Everything we see is a perspective, not the truth.”
Marcus Aurelius

Marcus Aurelius Antoninus (26 April 121 – 17 March 180 AD) was a Roman emperor from 161 to 180 and a Stoic philosopher. He was the last of the rulers known as the Five Good Emperors (a term coined some 13 centuries later by Niccolò Machiavelli), and the last emperor of the Pax Romana, an age of relative peace and stability for the Roman Empire. 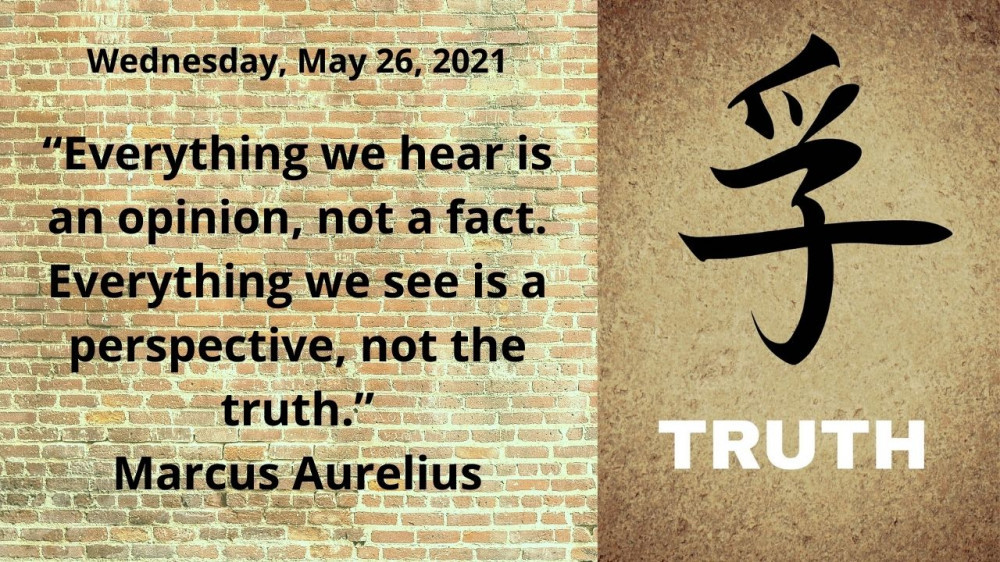 “The truth is not always beautiful, nor beautiful words the truth.”
Lao Tzu

Lao Tzu, also rendered as Laozi (commonly translated as “Old Master”) and Lao-Tze was an ancient Chinese philosopher and writer. He is the reputed author of the Tao Te Ching, the founder of philosophical Taoism, and a deity in religious Taoism and traditional Chinese religions. 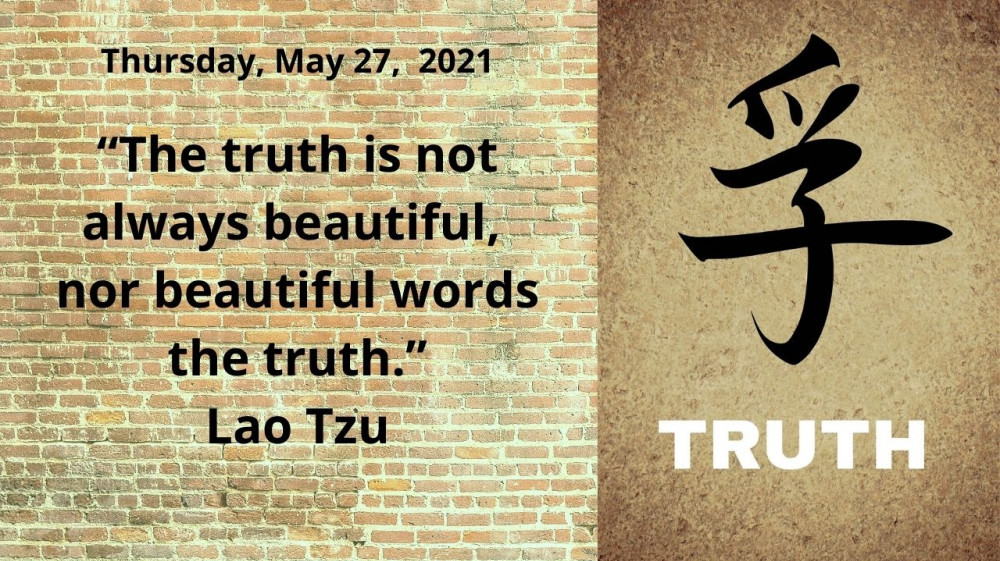 Søren Aabye Kierkegaard was a Danish philosopher, theologian, poet, social critic and religious author. Much of his philosophical work deals with the issues of how one lives as a “single individual”, giving priority to concrete human reality over abstract thinking and highlighting the importance of personal choice and commitment. 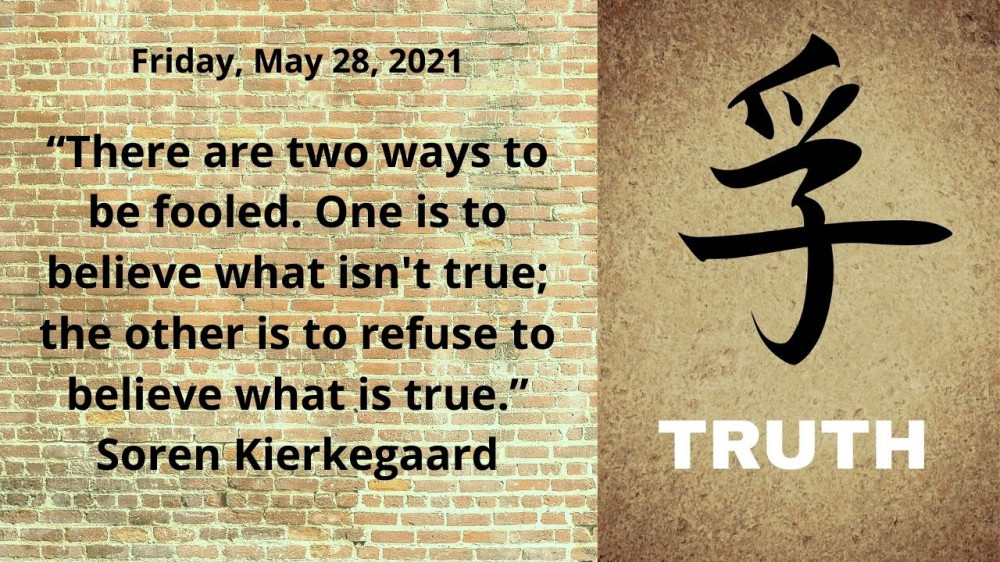 “There’s a world of difference between truth and facts. Facts can obscure truth.”
Maya Angelou

Maya Angelou (born Marguerite Annie Johnson; April 4, 1928 – May 28, 2014) was an American poet, memoirist, and civil rights activist. She published seven autobiographies, three books of essays, several books of poetry, and is credited with a list of plays, movies, and television shows spanning over 50 years. She received dozens of awards and more than 50 honorary degrees. 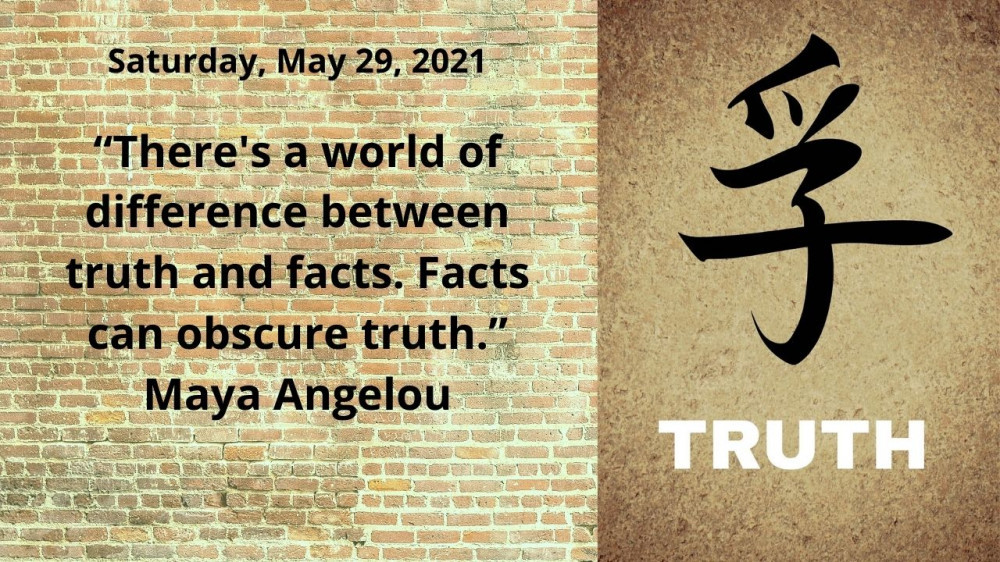 “There is no greatness where there is not simplicity, goodness, and truth.”

Count Lev Nikolayevich Tolstoy (9 September 1828 – 20 November 1910), usually referred to in English as Leo Tolstoy, was a Russian writer who is regarded as one of the greatest authors of all time. In the 1870s, Tolstoy experienced a profound moral crisis, followed by what he regarded as an equally profound spiritual awakening, as outlined in his non-fiction work A Confession (1882). 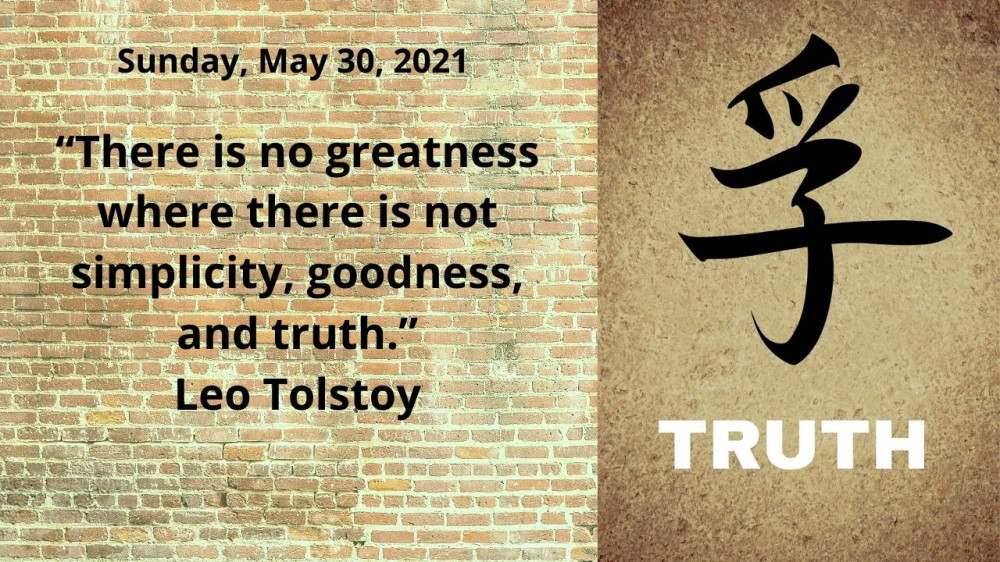 “I’m for truth, no matter who tells it. I’m for justice, no matter who it is for or against. I’m a human being, first and foremost, and as such I’m for whoever and whatever benefits humanity as a whole.”
Malcolm X

“If you look for truth, you may find comfort in the end; if you look for comfort you will not get either comfort or truth only soft soap and wishful thinking to begin, and in the end, despair.”
C.S. Lewis

“Man is least himself when he talks in his own person. Give him a mask, and he will tell you the truth.”
Oscar Wilde

“Truth is stranger than fiction, but it is because Fiction is obliged to stick to possibilities; Truth isn’t.”
Mark Twain

“If you tell the truth, you don’t have to remember anything.”
Mark Twain

“A lie can travel halfway around the world while the truth is putting on its shoes.”
Mark Twain

“Never be afraid to raise your voice for honesty and truth and compassion against injustice and lying and greed. If people all over the world…would do this, it would change the earth.”
William Faulkner

“In a time of deceit telling the truth is a revolutionary act.”
George Orwell

“Rather than love, than money, than fame, give me the truth.”
Henry David Thoreau

“When I despair, I remember that all through history the way of truth and love have always won. There have been tyrants and murderers, and for a time, they can seem invincible, but in the end, they always fall. Think of it–always.”
Mahatma Gandhi

“Men occasionally stumble over the truth, but most of them pick themselves up and hurry off as if nothing had happened.”
Winston S. Churchill

“If you want to tell people the truth, make them laugh, otherwise they’ll kill you.”
George Bernard Shaw

“Above all, don’t lie to yourself. The man who lies to himself and listens to his own lie comes to a point that he cannot distinguish the truth within him, or around him, and so loses all respect for himself and for others. And having no respect he ceases to love.”
Fyodor Dostoevsky

“The reason I talk to myself is that I’m the only one whose answers I accept.”
George Carlin